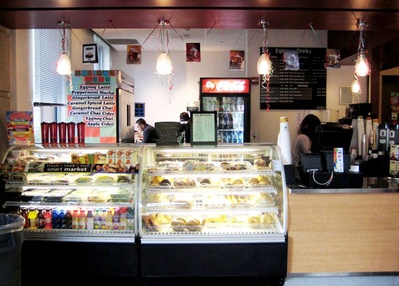 Bio Brew is a coffee shop on campus that is open to the general public and mainly serves faculty, staff, and students. It is located inside the north west corner of the SLB, and opened in Fall of 2005. The name is an obvious play on the fact that it is located inside a life science building. They brew Starbucks coffee, and drinks offered include hot and cold coffee/espresso drinks, mochas, macchiatos, Tazo teas, Island Oasis smoothies, and bottled drinks by Coca Cola and Odwalla. It's a Sodexo food establishment and serves mostly their usual assortment of food items: pastries, brownies, cookies, sandwiches, salads, wraps, chips, etc. It is kind of a tease if you're taking classes there, as nearly every lab in the building except some of the botany ones allow NO food or drink, meaning people huddle outside the doorways in the halls. Of course, if you're grabbing something on the way out, it doesn't matter. However, there is a sitting and eating area with a few tables and high stools under the stairway where guests can dine or study.

This section of campus used to be served by a Cargo Coffee, which was located about 50 feet away from the entrance to the building (outdoor). Cargo Coffee was forced to move to a new location. Bio Brew has become pretty popular, and it has become a lot more crowded. The line between classes gets a lot longer, and it overall seems to sell a whole lot more than Cargo Coffee did. Which makes sense, as it has an ideal location inside the building right by the staircase (so nice in colder and rainy weather), and offers a lot more items.

As of Fall 2007, Bio Brew carries PaniniTime branded food items including an array of sandwiches, fruit & cheese trays, and Ethnic themed salads. They also have a specialty menu which includes cafe mochas, blended mocha fraps, and other espresso drinks not listed on their main menu. They also offer 2 to 3 "Drink of the Month" specials each month, which they advertise. As of November 2007, they began advertising their specialty drinks on a smaller menu placed on top of the front display case. With the addition of their specialty menu, Bio Brew offers a much wider Starbucks coffee drink selection than any other Sodexo established coffee shops. 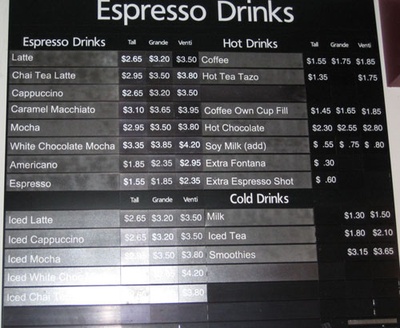 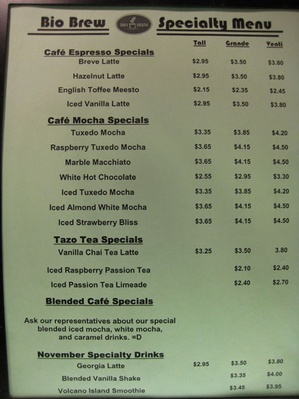 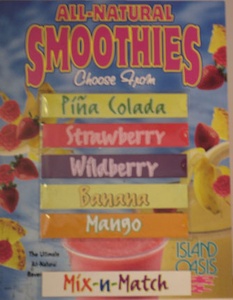 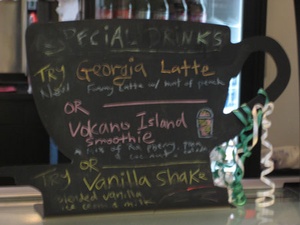 November 2007's Drinks of The Month 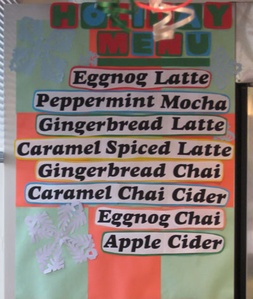 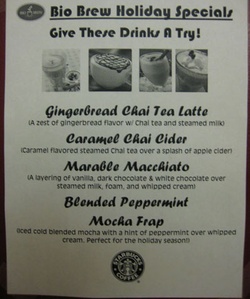