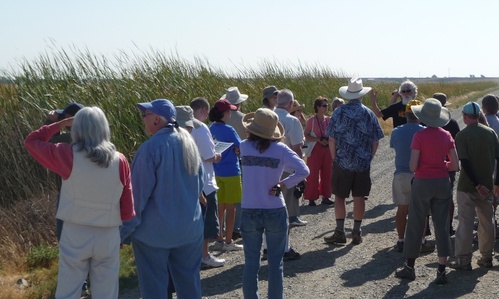 Birders gather to start tour of City of Davis Wetlands

Birding or Bird Watching? It's all the same! Many residents of Davis enjoy checking out other residents or visitors to town. Specifically human 'birders' love to scope out the avian population! While there are many bird species that occur in this area year-round, there are hundreds of others that enjoy Yolo County just for the winter.

This section is to share about birds and birding here in Davis/Yolo County; not to try and re-create the wonderful birding site elsewhere online. If you have good photos of local birds, please go the relevant page and post them. If you have stories about encounters with local birds, please add them to The Bird and I page. Also check out the Friends of West Pond pages to see sightings of birds there.

Check out California Duck Days for workshops and birding in the wetlands.

While Davis and vicinity may not be a mecca for the ornithological community, it does provide habitats for an impressive variety of birds. 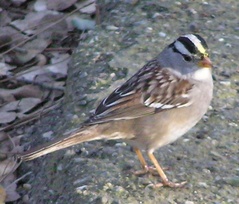 White-crowned Sparrow (Zonotrichia luecophrys), a winter resident. Needs a napkin for his forehead? 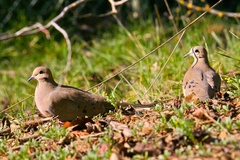 Some of the more common birds that may be seen in or around Davis include:

Look on the individual pages for LOCAL photos of some of these birds. Want to know the correct taxonomic classification for a bird? Check out Wikispecies. 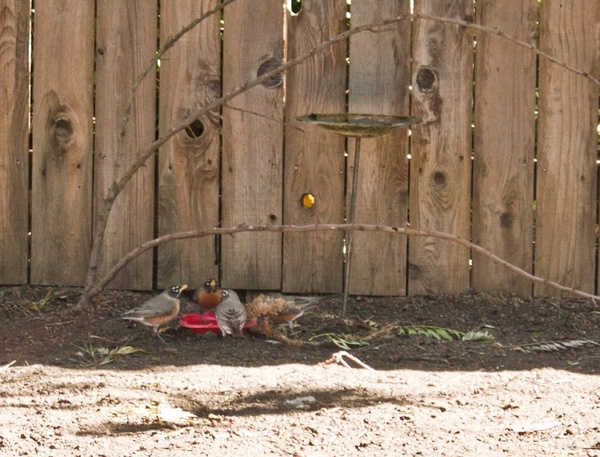 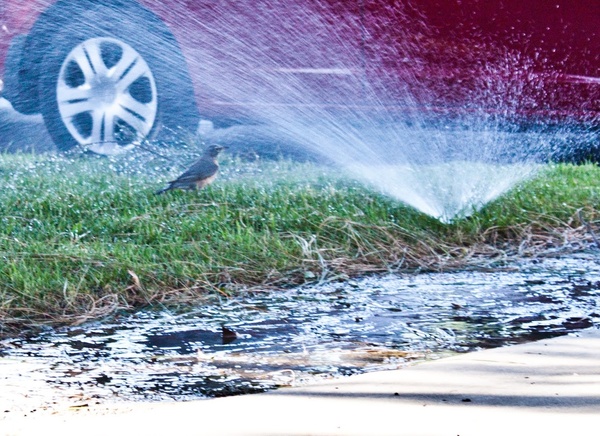 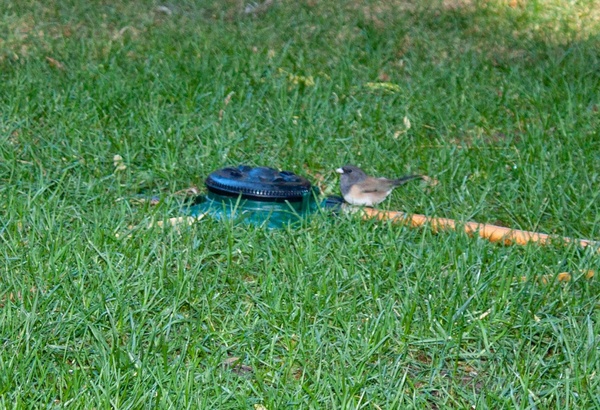 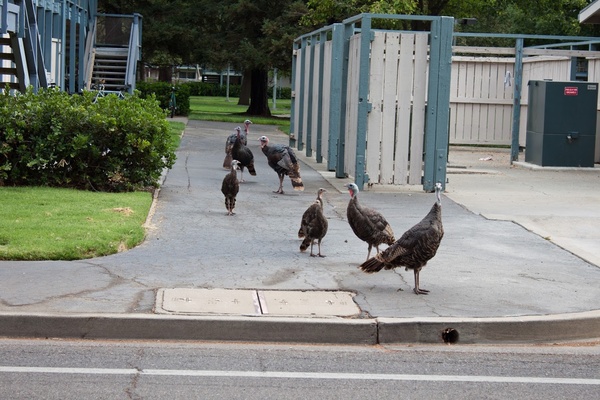 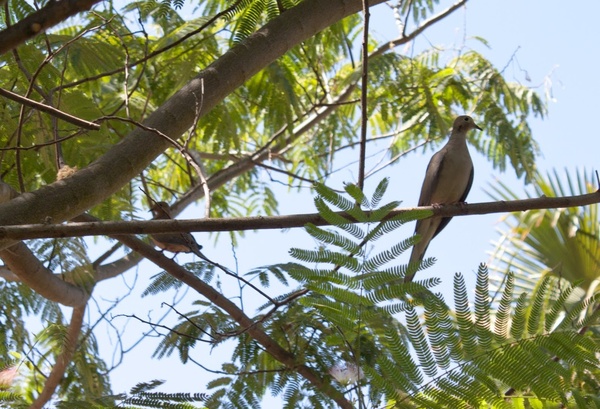 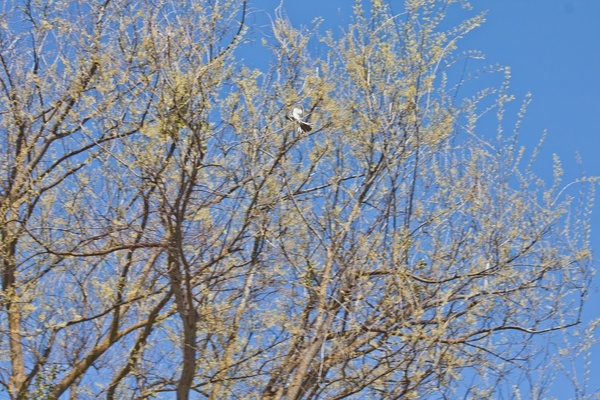 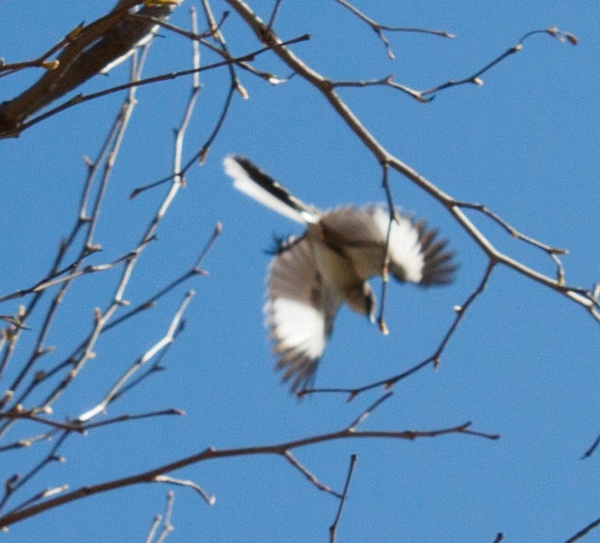 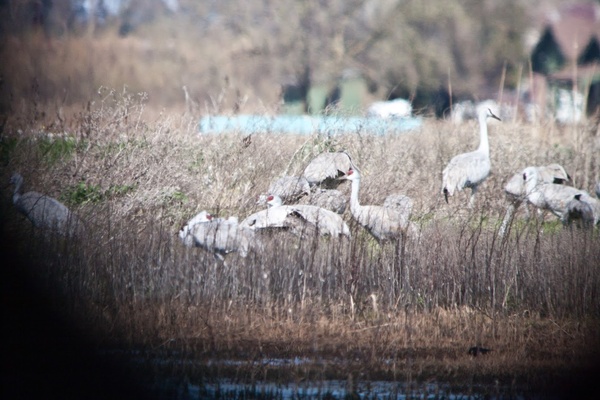 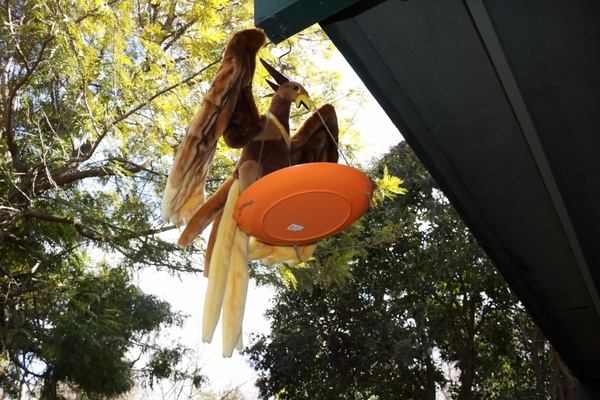 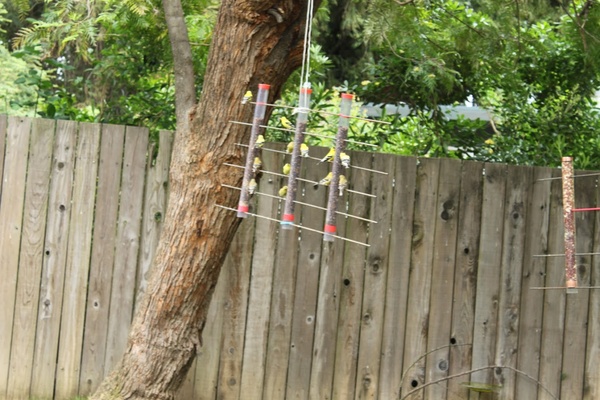 To increase your appreciation and, better yet, to help preserve Yolo County bird life and habitat, see the Yolo Audubon Society (website). Davis is also the home to the California Raptor Center. Be sure to check out the Yolo County Birding Statistics site and Steve Hampton's online guide to Yolo County Birding. There is a group that meets at noon at the UC Davis Arboretum to bird over the lunch hour on Thursdays; all are welcome. Meeting places vary so ask to join the listserve for more information about this (email [email protected]). PLEASE NOTE: this group is taking a break over summer 2009; lunchtime walks will resume in September. 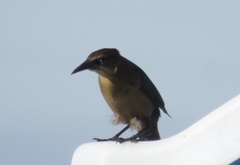 At pauses in rainstorms, birds circulate high in the skies over Davis. Likely gulls but no one would ever be able to tell. 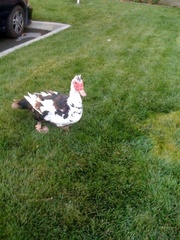 A cross between a goose and a rooster? No! Spotted at Lakeshore Apartments, September 2008, this domestic Muscovy Duck shows its distinctive 'bare red face with a pronounced caruncle at the base of the bill'. 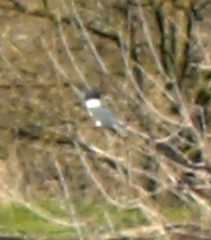 A Belted Kingfisher (Ceryle alcyon), sighted in the Arboretum 2/3/07. Perhaps a point-and-shoot is not the appropriate camera for a shot like this. 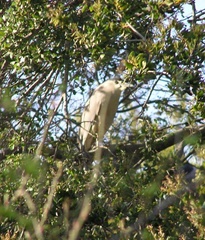 Several of these Black-crowned Night Herons (Nycticorax nycticorax) crowd treetops in the Arboretum. 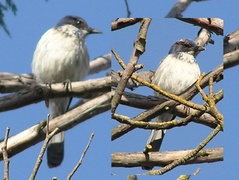 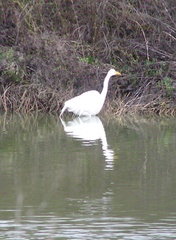 West Nile Virus is causing some of the birds in Davis to drop dead. Crow carcasses litter the ground in some parts of Davis. (posted in 2005) Corvid populations have rebounded somewhat since then. Magpies are again flocking in south Davis. (as of 2010)

If you see a dead bird, specifically a crow, scrub jay, or magpie, please report it here: http://townsend.ucdavis.edu/report-a-dead-bird/

For info on other types of Davis fauna, see the page on Davis' town wildlife.

2007-04-02 17:41:29   I have many pics of the cormorants from the Arboretum and also of just about every other feathered species mentioned on the wiki (amateur wildlife photographer with a special interest in birds) except the swifts and owls. You can see it on my person page. Perhaps some of these pictures might be useful for birds that have unclear or absent photographs? —CaitlinMorrow