Board games are a popular pastime in Davis, since there is little else to do here besides studying (if you are part of the student class) or infrastructural upkeep (if you are part of the managerial class) (cf. Keep Davis Boring). Although board games still primarily appeal to the nearly extinct species of book-reading thinkers here in America (the 'nerds' of yore), they are much more sophisticated and challenging today than they were in past times (excluding chess, Go, and role-playing-games). It remains to be seen whether board games can compete with online video games, chat rooms, iPodification, and entertainment television—activities that aggressively purloin attention to the point of near complete hebetation—but hope is always on the horizon. Also, for those falling behind in their studies or dissipating through the daily grind, board games can easily become drinking games (if you're into that sort of thing).

Board games are available in many local cafes.

Board Games in American Society

When you were young (assuming you were American), you probably played board games like Monopoly, Life, Risk, Stratego, and others. Did you know that Monopoly was created in 1903, Risk and Stratego both in 1959, and Life in 1860?!? As you can imagine, board game technology has advanced quite a bit since then. And yet American parents are still buying these games for their kids, exclusively, because they don't know any better.

The popular American board games (also known as "Family Games" or "Classic Board Games") typically have a turn mechanism that goes something like this: 1) Roll a pair of dice. 2) Move. 3) Do what the board says, or take an action based on where you land. This allows for a limited amount of strategy; as a result, games like Monopoly and Life are principally luck-driven and have limited appeal for adults.

More complex and interesting board games, known as "German-Style Board Games", "Designer Games," or "Advanced Board Games" have existed since the 60s. They are typically sold in specialty shops. Avalon Hill produced an immense number of these games during the 1960s and 1970s (the pinnacle being Cosmic Encounter in 1978), then struggled in the 1980s before they were acquired by Hasbro in 1998. In fact, Hasbro owns almost all of the major American board game companies today: Milton Bradley, Parker Brothers, Hasbro Interactive, and a lot of other toy-related brands. Perhaps the fact that almost all of the games come from the same company helps explain why there is so little variation on the shelves of the typical American toy store, such as Toys-R-Us (or the games asile of Wal-Mart).

While in the US during the 1980s and 1990s boardgames were stagnating (with a few exceptions, such as Axis and Allies in 1984), in Europe they were starting a renaissance. Contrasted with most Americans, who often view boardgames as something for children and spend most of their leisure time watching TV, Europeans are typically more inclined toward activities that promote family interaction, and boardgames often fulfill this role. As a result, Europeans began producing deep, challenging, strategic games that could be enjoyed by the entire family.

By far the most successful German-style board game or designer board game is The Settlers of Catan, released in 1995. Originally a German game released by Kosmos, it was licensed and released in the US by Mayfair Games and gained a cult following here. Settlers was designed by Klaus Teuber, a german dental technitian who designed games as a hobby. The game was so popular in Germany that it won the prestigious Spiel des Jahres (German family game of the year award), primarily because of its appeal to both gamers and non-gamers alike.

In Settlers of Catan, players compete to be the dominant force on the island of Catan by building settlements, cities, and roads. On each turn, dice are rolled to determine the current production on the island. Victory points accumulate when players build civilizations using collected raw materials; when enough points are accumulated, the game is won. Settlers now has two major expansion packs and has spawned a number of spin-off games. 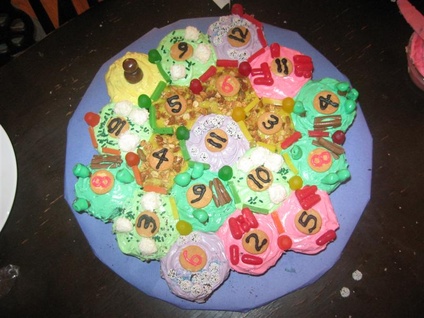 Also released in 1995 was El Grande, where players take on the roles of Grandes in medieval Spain. These powerful lords vie for control of the various provinces by drafting caballeros (knights) into their courts and placing them on the board to exert influence over the province. At the end of three scoring rounds, whoever has the most points is declared the winner.

The release of Settlers really opened up the floodgates, and a whole new crop of game designers entered the field with bold ideas for new games, with a few marquee titles released each year. 1997 saw the release of Tigris and Euphrates (brought to the US by Mayfair games) and Bohnanza, the bean trading card game. 1998 brought Reiner Knizia's excellent Samurai. 1999 brought Paths of Glory. In 2000, the field finally hit critical mass, and a whole slew of great games started coming out each year.

These games deviate heavily from the classic American board games. Luck generally plays a much smaller role, and there are more rules to learn up-front. The rules are generally simple, but they combine in interesting ways, introducing an element of complexity traditionally lacking in American games.

The best resource on designer board games on the internet is http://www.boardgamegeek.com, which contains information about the various games, pictures, and user reviews. Funagain.com also has lots of information on the games, including user reviews, and they also sell the games. Other places that sell games include: http://www.fairplaygames.com and http://www.thoughthammer.com.

In town, you can purchase some of these games at Bizarro World or Drom's Comics and Cards. They are generally more expensive at local stores compared to internet venues, but supporting local retailers is good. If you're looking for people to play with, DRAGON often has people willing to play board games on a Friday night, especially Settlers or Puerto Rico. People bring games that you can borrow, too. The Davis Board Gamers are a group of individuals dedicated to "Designer Board Games" who meat every other Tuesday. If you are interested in attending a meeting go to http://davisboardgamers.blogspot.com/ and post a comment on the blog.

2010-02-19 13:29:45   Does anyone happen to know if there are any copies of the classic Avalon Hill ''Civilization'' around, either for sale or showing up to potluck game nights? Note that this is different from Advanced Civilization and Sid Meier's Civilization: The Board Game. It was by far my favorite game growing up. Beat the pants off of Axis and Allies, Samurai Swords, and all that jazz. I've heard Puerto Rico and Tigris & Euphrates capture a little bit of the same feel, but I'd really love to find the original.

My brother and I rebuilt the expansion from blown up downloaded photos printed out and laminated, and that sort of thing, but it's a pretty lengthy process. —TomGarberson

1. But seriously, buy the expansion, if only to prevent the Initiative->Imperial loop.