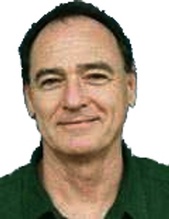 Bob Dunning is a local media figure, both in print and on the radio. He writes for The Davis Enterprise and has hosted both local and national radio talkshows. Some people find his popularity perplexing. He is a vocal opponent of Choice Voting, and has been an outspoken supporter of UC Davis Football and the California Aggie Marching Band-uh for many years. He is a proud defender of East Davis and opposed the closing of Valley Oak Elementary School. He opposed the plastic bag ban and for a while wrote pretty obsessively about it.

He grew up in Davis and graduated from UC Davis School of Law in 1973, yet tries to portray himself as just a humble guy in comparison to all of the PhDs who live in Davis. His humble status doesn't stop him from correcting everyone's grammar, however — e.g., he insists that "League of Women Voters" should be "League of Woman Voters," since "woman" is used as an adjective. (If we want to get technical, "women" in this case is actually a noun adjunct so it should remain plural.)

He appeared in The Saga of Yona.

Locally Dunning received the 1986 A.G. Brinley Award and was inducted into the Davis High School Hall of Fame in 2012.

Bob Dunning has worked at The Davis Enterprise since 1969, when he was hired as a part-time sports stringer. He became sports editor full-time in January 1970. After several years as sports editor and a twice-a-week sports columnist, Dunning began his daily column, discussing the news and oddities of Davis, in 1976.

Dunning is the Enterprise's most popular columnist, and may be the most popular aspect of the paper itself. This can be seen by going to the Davis Enterprise's website, which lists, to the left, main sections of the site. These sections are "Archives, Business, Bob Dunning, Features, Weddings..."

Dunning is also host of a local, live Catholic Radio show, "The Bishop's Radio Hour." The program is on Immaculate Heart Radio, KSMH 1620AM, M-F at 11AM and re-broadcast at 9:00PM. The studio line is (800) 489-0111. Note that Bob Dunning is not the Bishop; Bishop Soto is. A previous bishop chose Bob to co-host, and the present bishop has kept him. As a Catholic, Bob generally supports the Church's positions; he is pro-life and against the death penalty.

Across the Nation With Bob Dunning

From 2006-09-26 until 2011-07-04, Bob hosted "Across the Nation with Bob Dunning", a three-hour call-in talk show on the Sirius radio Catholic Channel, Channel 159. It aired from 5 to 8 p.m. Pacific time, Monday through Friday, and focused on daily news and issues throughout the world.

My opinion is that Mr. Dunning is trying to hard to be cute and even-handed, otherwise I enjoy the column. rocksanddirt

I have heard others express opinions that he is a longwinded douchebag. I remain neutral since I don't subscribe and I don't know how to use Newsbank. - ApolloStumpy

2007-05-02 23:14:33   Sometimes I agree with him, sometimes I don't. But often, I find his column supremely irritating, especially when it consists mostly of quotes with little snide remarks interspersed between each quote. I'm still trying to figure out why he is so popular. —CovertProfessor

2008-03-30 18:39:31   Everyone seems to know Bob Dunning. Some months back a friend of mine wrote a letter to the editor. After it was published, Bob Dunning dedicated an entire piece to picking apart the letter and inulting my friend. I called my friend and told him about Bob Dunning's article and, at first, he got annoyed. But then he thought it was pretty cool—after I told him that when Bob Dunning criticizes you in his column, you've made it! Hee. —CurlyGirl26

The connection between Bob and the Bishop is clear, it is the Bishop's show to do what he wants with it, a previous Bishop decided to let Bob do the show, and the present Bishop has kept him.

Bob won a really big award as a columnist many years ago. He was competing with the people from the big papers.

In Davis the rule is be humble after you win the Nobel, until then be conceited. As nobody in Davis has won a Nobel, though a Davis High graduate recently won the Nobel in medicine, no one in Davis has the right to be humble. If you act humble in Davis we will think you are conceited, who does he think he is a Nobel Prize winner. —Richard-Bruce

2017-04-16 10:16:22   He corrects people's grammar, which is funny, because when I wrote to him once, he commented on my letter in his column and misspelled my name by two letters. Wait, maybe that was on purpose. —ukiyo-e