the BoOk cLuB at UC Davis

...because reading is cool! 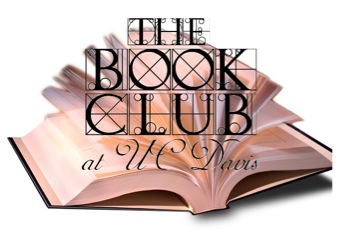 The time and place of the next meeting has been set. Check our facebook group for more information!

Thank you to everyone who was able to make it to the meeting last night! Keep posted for the date and location of the next meeting.

Half-Broke Horses: For the first 10 years of her life, Lily Casey Smith, the narrator of this true-life novel by her granddaughter, Walls, lived in a dirt dugout in west Texas. Walls, whose megaselling memoir, The Glass Castle, recalled her own upbringing, writes in what she recalls as Lily's plainspoken voice, whose recital provides plenty of drama and suspense as she ricochets from one challenge to another. Having been educated in fits and starts because of her parents' penury, Lily becomes a teacher at age 15 in a remote frontier town she reaches after a solo 28-day ride. Marriage to a bigamist almost saps her spirit, but later she weds a rancher with whom she shares two children and a strain of plucky resilience. (They sell bootleg liquor during Prohibition, hiding the bottles under a baby's crib.) Lily is a spirited heroine, fiercely outspoken against hypocrisy and prejudice, a rodeo rider and fearless breaker of horses, and a ruthless poker player. Assailed by flash floods, tornados and droughts, Lily never gets far from hardscrabble drudgery in several states—New Mexico, Arizona, Illinois—but hers is one of those heartwarming stories about indomitable women that will always find an audience.

The New York Regional Mormon Singles Halloween Dance: It's lonely being a Mormon in New York City. So once again, Elna Baker attends the New York Regional Mormon Singles Halloween Dance-a virgin in a room full of virgins doing the Macarena. Her Queen Bee costume, which involves a black funnel stuck to her butt for a stinger, isn't attracting the attention she'd anticipated. So once again, Elna is alone at the punch bowl, stocking up on generic Oreos, exactly where you'd expect to find a single Mormon who's also a Big Girl. But loneliness is nothing compared to what happens when she loses eighty pounds. . . . and falls in love with an atheist. The New York Regional Mormon Singles Halloween Dance is the memoir of a girl who distresses her family when she chooses NYU over BYU. A girl who's cultivating an oxymoronic identity as a bold, educated, modern, funny, proper, abstinent, religious stand-up comic, equal parts wholesome and hot. As Elna test-drives her identity, she finds herself in the strangest scenarios including selling creepy, overpriced dolls to petulant children at FAO Schwarz and dressing a head wound with a maxi pad while on a date.

About Us: Love to read, but hate the structure of a lit class? Wish you had the incentive to read more without the pressure of getting the grade? Or are you just looking to meet new people? Then the Book Club at UCD is the club for you! Join us to read the books YOU want to read. We're a casual club for students of all majors with no roll-call or attendance required. Pedants beware: we're not trying to impress anyone! Remember to bring an open mind and some book suggestions (if you have any), along with a synopsis of each, to the next meeting! We hope to see you there!

How it works: Each month we meet in Olson 109. We hold a vote based on book suggestions you bring to the meetings for the next month's book (may the best book win!) and then discuss the current book.

What to keep in mind when gathering your suggestions: 1. Length. Keep in mind we're all students with studying to do. 2. Try to keep it fiction. We've read non-fiction in the past, so we're open to anything, but the majority of our books will be fiction. 3. General appeal. Make sure the book has the ability to appeal to at least a majority. Obviously we can't please everyone, but some of our men may not want to read Danielle Steele.

The Book Club at UC Davis is a group for anyone at UC Davis who loves to read, or just wants to meet new people. They meet once a month on campus and welcome undergrads, grad students, alumni, university staff and faculty.

A 20% discount is available to members at the UC Davis Bookstore E-mail me or come to the meetings for more details! 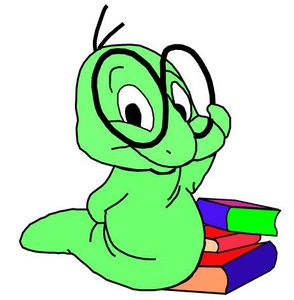