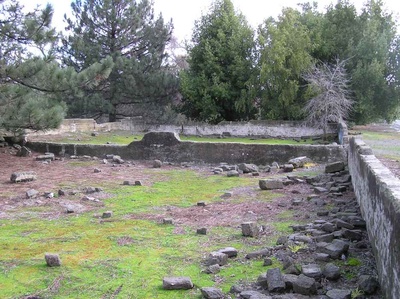 A view of the Briggs Reservoir from the southwest corner.

The site comprised of two sections of cement on the south side of the arboretum path are all that's left of the Briggs Reservoir, a reservoir built by early resident George Gregg Briggs. According to UC Davis' "Off the Beaten Path" [by Amy Agronis, 8 April 2005], Briggs, a Solano County farmer, built the reservoir sometime in the 1870s as a way to irrigate his orchards and vineyard. Eventually the reservoir was abandoned, and preserved through the creation of the Arboretum.

There are sections of the foundation remains that look like chimney supports. Even though the Pony Express usually stopped in Sacramento and the mail was transferred to steamboats, sometimes a rider would pass by here on his way to San Francisco. There is a monument to this effect on the other side of the path to the southwest from the reservoir ruins. 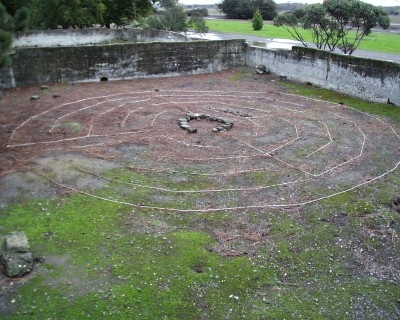 Note center wall is more intact at this point

At some point someone made a temporary labyrinth in the western half of the reservoir remains. Comparing the photos, it looks like the walls have broken down quite a bit since the labyrinth photo was taken.

Some local high school students use it as a place to smoke weed and eat shrooms.

Surely there are some decent Urban Legends that can rise from this site. See the page on urban art for a photo of this place. 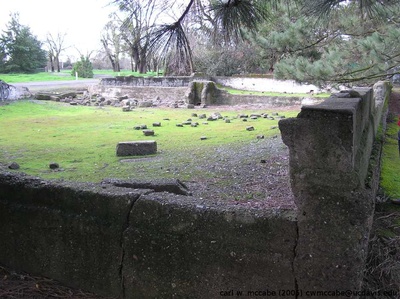 A view of the former reservoir from the northeast corner. 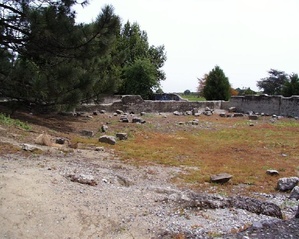 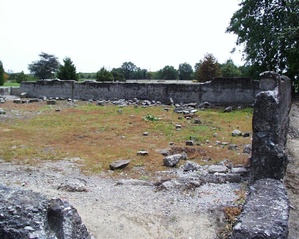