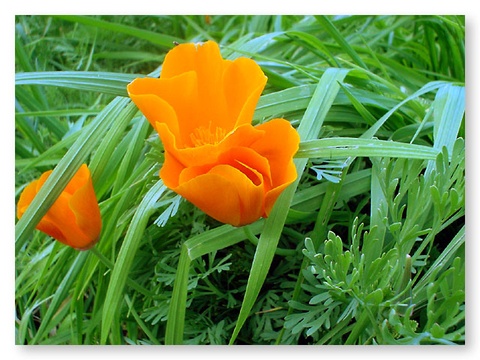 The California poppy had been first described 70 years before, and it already had 64 years of horticultural history. California Native Americans cherished the poppy as both a source of food and oil extracts. Although the California poppy had surely already been seen by Europeans, possibly as early as 1542, it was first described by Adelbert von Chamisso (1820) based on a collection from San Francisco in 1816. Chamisso named the genus in honor of Johann Friedrich Eschscholtz, his close friend. The greatest taxonomic impact on the genus came from Edwin Lee Greene, first botanist at the University of California and a taxonomic "splitter"; it was rumored that he could collect material from a plant, name it a new species, return to the site later in the same season, unknowingly collect from the same plant, and name it a different species. Greene named a total of 116 new species, subspecies, and varieties in Eschscholzia — just eight of Greene's species are still recognized. 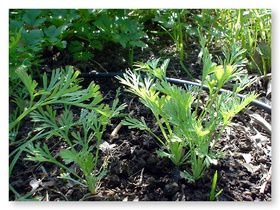 Seedling identification of California Goldens is a snap! Eschscholzia californica is an upright, compact annual or tender perennial native to California and the southwestern United States. It is sun-loving, extremely drought tolerant, frost tolerant and well-suited to our Davis climate. The brilliant orange, cup-shaped flowers, are 2-4 inches in diameter and are borne individually on long stalks; blooms close at sunset and overcast days. The foliage is a softly distinctive blue-green color making early plant identification very easy. Poppies do not transplant well but self-seed freely, so if you've ever planted poppies in your yard, expect to see their arrival each spring and lasting throughout summer. Note that poppy seeds often sold in stores are cultivars that can weaken native species

these should only be planted in urban areas where native plants are not likely to survive. 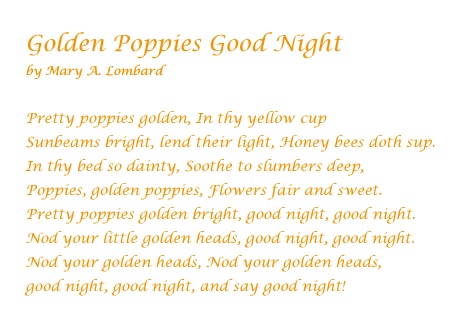 Curtis Clark, a UC Davis graduate student in 1975, has written a thoroughly informative site from which much of this information was culled. To learn more about other plants growing within Davis, please visit our Town Flora page.