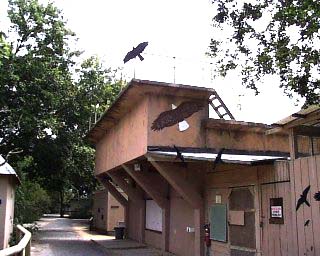 The Raptor Center is hosting a documentary screening of the Condor's Shadow on Sept. 28 at UC Davis. All ticket sales will benefit the Raptor Center. Buy tickets here.

The California Raptor Center (CRC) is dedicated to the rehabilitation of injured and orphaned raptors. The Center receives over 250 injured or ill raptors each year and is able to release over 60% of these birds. The Center provides hands-on training in the care and management of birds of prey and provides educational programs to the general public and the university community." Give to the Raptor Center here.

The raptor center is located on south campus. It makes for a good bike ride from campus to take a break from it all and see some beautiful birds while they are recovering. They also take volunteers if you are interested in feeding and handling raptors. (Call the number above).

If you want to learn about raptors and get 2 units for it, I highly recommend the class Avian Sciences 15L. In addition to raptor biology and identification, you'll get hands on experience catching and handling the birds.

As an interesting side note, I developed the California Raptor Center page (directly from CRC literature) when I was a student, on my free time because they didn't have a webpage yet and I thought the place was cool (and I still do). When the vetmed division found out about my page, they asked if they could use it as their official page. Most of those pages are still intact.

The CRC has an open house (I think it's normally in early May) where the volunteers will hold the birds and talk about them. It is a great time to visit the CRC if you've never been, or want to learn more about the birds than the informational signs around the cages can impart. 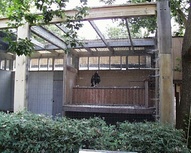 Does anyone know if the dog kennels originally used to housed birds were the ones that were used to house the radioactive beagles referred to here and here? -GeorgeLewis

2008-12-26 14:14:27   Great place—wish they had more support and funding (probably not possible in these difficult times). Went to the open house and really enjoyed seeing these beautiful birds up close. They also have occasional morning walks to go bird-watching, which are fun. —RHeinman

2011-03-13 14:08:01   Saw them at the farmer's market this week and they have apparently lost their funding and are really in need of some help. Not sure of the specifics but could be a good time to give some aid if you can. —CraigFergus

My favorite bird at the CRC is a turkey vulture named Balzac. Balzac is so acclimated to humans that he is not afraid of them (and consequently, can't be released into the wild). He is in the cage with the two turkey vultures. If you put your shoe up next to his cage, he'll come nibble at your shoelaces. —AlexPomeranz

2013-11-18 15:00:30   When I pulled up outside the California Raptor Center (CRC), I was greeted by Lis Fleming, who has been volunteering and leading tours there for about nineteen years. I was excited to learn more about the birds of prey found in our local area. As we walked around the facility, Lis had me look at each bird, told me its name, pointed out its particular physical features and had me listen for its distinct vocalizations. As I watched some of them devour their lunch (mice), Lis also told me how each raptor came to be a resident of the facility.

The California Raptor Center is associated with the University of California-Davis School of Veterinary Medicine. I had heard about it and had wanted to visit it for years, but forestalled my visit because I personally don’t like seeing animals in cages or “on display”. One of the things I instantly came to appreciate about the CRC is that there is no “circus atmosphere” in their professionally created and maintained facility. These birds are not there to entertain us, or perform on command – they are there because concerned people in the community cared enough to take action when they encountered a sick or injured bird. The CRC provides the birds with on-site veterinary care, and long-term residency for those birds that, due to illness or injury, cannot be returned to the wild.

“Raptors” are birds of prey; those birds that hunt vertebrates and invertebrates for food. Looking around, I was astonished by the amazing diversity of raptors that live in our area. There were burrowing owls, a bald eagle, golden eagles, a turkey vulture, a screech owl, northern harriers, a barn owl, American kestrels, a peregrine falcon, a prairie falcon, a red shouldered hawk… all species that can be seen flying around this region. There is also a Swainson’s Hawk (Buteo swainsoni) at the CRC. This species, sometimes colloquially referred to as a “Grasshopper Hawk” because of its love for grasshoppers, is listed as a “Federal Species of Concern” and is protected by the Migratory Bird Treaty Act. Other specimens at the Center are also listed as “threatened” by the State of California.

This information along with my first-hand look at the raptors in the CRC left me thinking more about the conservation of these beautiful birds of prey. Situated at or near the top of the food chain, raptors have no natural enemies, although they may compete against one another for territory. Most hazards the raptors encounter are created by humans. Many of the birds you will find at the California Raptor Center are there because of adverse human interaction: bullet wounds, injuries resulting from impacts with vehicles or crashing into windows, or poisoning (with chemicals or lead). Fleming also pointed out, “To prevent raptors from crashing into windows, put some sort of decal or decoration they can see. If you have a bird bath, change the water daily to prevent mosquitos from breeding. Mosquitos carry a deadly disease called ‘West Nile’ which threatens not only raptors, but other wildlife and domestic animals. Also, avoid using rodenticides that cause secondary poisoning in raptors. Raptors are very efficient hunters, so a great way to get rid of rodents is to install a nesting box on your property which will provide a safe place for them to nest.”

Occasionally birds are surrendered to the CRC after being raised illegally as pets. Federal, state and local laws make it illegal to trap, keep, or sell a raptor without the correct permits, and chances are the bird will not survive long without expert care and a specialized diet. Loss of habitat and environmental degradation is also becoming an enormous problem for these beautiful creatures. According to the U.C. Davis School of Veterinary Medicine, “urban sprawl” and habitat destruction are major threats to raptor populations in the Central Valley.

We are lucky to have a place like the California Raptor Center where we can view native birds of prey, and where sick or injured raptors can get the care they require. For more information, such as facts about raptors, step-by-step guides on building nest boxes, and what to do if you find a sick, or injured bird of prey, visit the CRC’s website at http://www.vetmed.ucdavis.edu/calraptor. —chmorr