A typical Campus Crusade for Chaos and Confusion flyer, found at the very top of Kerr Hall

Campus Crusade for Chaos and Confusion is a group that puts up confusing flyers around campus. They are more often than not incomprehensible or confusing, which is really expected since they claim to promote confusion. The flyers are posted in unusual places, making them more noticeable. For example, they may post a flyer on Outdoor Adventures that says something like "Nature is dangerous" or something on a recycling can that says "Recycling is bad for the environment". Their work is often seen as amusing but it can be unproductive, though they take great lengths to make sure they do not harm, damage or leave permanent marks upon the property. The greater meaning is yet to be determined, but we have it on good authority that Malaclypse the Younger would approve.

They occasionally come out of their secret hiding places, don masks and horns, and seek adventure. They have an annual Halloween Caroling, singing the old favorites like "We Three Ghosts". Rumor has it that there are more flashy demonstrations in the works. However, they are not involved at all in the Jack Abramoff scandal, and the group denies taking any contribution from his firm.

Some people think that their ranks come from members of the Students for an Orwellian Society, but in reality the Crusade was formed four years earlier than the Orwellian Society. There may be some crossover between the membership, but their flyers and actions are not analogous. The membership of the Orwellians is quite public, but the CCCC is a secret cabal of your friendly neighborhood discordians. There also may be a connection the English Country Dancers and the Internal Affairs Commission, but these are mostly just rumors.

They are associated with the Stapler Liberation Front, as C4 donated the staplers so that the SLF could do its great deeds.

They are definitely not associated with the .

Confnording message from those friendly with the organization

There is no such thing as the Campus Crusade for Chaos and Confusion, otherwise known as C4 FNORD. They do not put up random fliers FNORD and do no go around Hallowspleen caroling every year.

Rumors would have it that the leader of this nonexistent group is this guy: 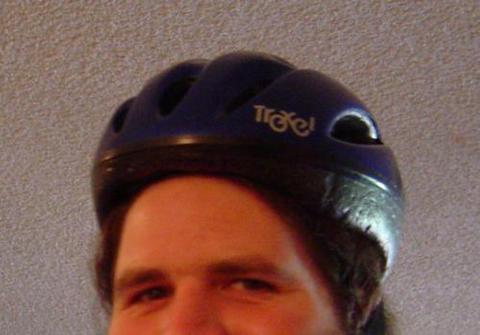 His identity is uncertain, but it is suspected that he is a religious studies major involved in the leadership of Davis Campus Republicans.

This nonexistent group would, if it existed, which it doesn't, also be the sworn enemy of Students for an Orwellian Society.

Rumor also has it that Campus Crusade for Chaos and Confusion did not leave Christmas presents all over campus for unsuspecting students to find.

Baptist Blacktrick on Campus Crusade for Chaos and Confusion:

We recommend that you "Steal this Wiki." Answer: e) 5

{ Lick Here, You may be one of

Some time ago, a strange and mysterious message appeared on Davis Wiki, it is unclear if this is an action of the Campus Crusade for Chaos and Confusion, however it seems unlikely due to several factors, its purpose, meaning, and source remain mysterious.

October Fifth, 2006 A group posted unconventional notices and posters warning pedestrians to avoid cracks while walking inside the library, in addition they may have also drawn misdirecting arrows on the traffic circle outside Chemistry 194, these events may or may not be related, and it may or may not be due to the actions of the Campus Crusade for Chaos and Confusion. October Eighteenth, 2006 Several fliers appeared around campus with seemingly pointless statements, ergo "A dog, a plan, a canal, pagoda!" or "Madam, I'm Steve", they contained the usual Campus Crusade iteration number (101 in this case) and this seems a legitimate action by the Campus Crusade for Chaos and Confusion. November Sixth, 2006 Messages appeared on the western side of Wellman Hall written in chalk, introduced as "A secular message brought to you by the CCCC", and followed by either "Have a Nice Day!" or "Smile!", it is unknown if this is the Campus Crusade for Chaos and Confusion, the same group responsible for the aforementioned chalking of October Fifth, 2006; or someone else entirely different. This message remained until late March 2007. December Fifth, 2006 Fliers appeared around campus on standard white paper with somewhat L337 speak slogans written on them, however, these are assumed to be forgeries due to the lack of several key features, this may be an act of some confused members of the crusade, or someone else entirely different. October Ninth and Tenth, 2007 Various fliers appeared around campus, most notably cactuar signs and dihydrogen monoxide warning signs. March 18, 2008 Various flyers were found posted in and around Wellman and Kemper. Flyers included a membership application for C4, "Don't panic", "Work will set you free!* *From what?", and some nonsense about bilingual geese. 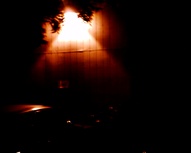 Unfortunately it is just as shadowy as the CCCC itself   I interviewed a shadowy figure who was posting up some flyers recently, I took a photo of him. He stated that we should all be wary of Grues and to avoid the dark. —David Poole

2006-11-22 19:40:06   Unfortunately my superiors have transferred me out of Davis, but I am still able to keep an eye on the CCCC to some degree. According to my research, iteration101 was indeed a legitimate, if somewhat unexpected, CCCC campaign, themed on palindromes and fake palindromes. "Have a nice day!" and "Smile!" are certainly in keeping with CCCC's past activities; presumably they are a reference to the infamous Smiley Campaign of 2001. Misdirecting traffic doesn't seem like their style, though; usually they refrain from doing anything that would genuinely cause trouble. And I don't think they're responsible for October Fifth—as far as I can tell (and I have done extensive research on this subject), October Fifth is a natural occurrence, following logically from October Fourth and eventually leading to October Sixth. —BarnabasTruman   Need I remind you of what happened on Oct 5th, 1582 Barnabas.... it fully disproves your theory regarding the fifth of October. Furthermore upon smart-alec-ness revisions have been made. ~Dave 2006-11-27 18:06:34   Curses, we've been caught! All right, we confess everything. Yes, we were indeed the four mysterious squadrons of dark-robed strangers who crept silently into Italy, Portugal, Poland, and Spain on the night of October 4th, 1582, and smuggled the next day off the planet entirely! And we'll never give it back! MWA HA HA HA HAAA! —BarnabasTruman 2006-11-27 21:49:05   Psh, the pope, he cover you anyway by changing the calendar.. who knows what happened on that mysterious non-existent day... according to research, many mysterious organizations were formed.. —DavidPoole

2007-10-10 17:10:50   the one about gravitational force made me lol really hard. physics ftw. i like seeing these in everywhere. if you guys don't keep flyering you shouldn't contact me to not flyer. —MiranPark

Let me start out by saying I am a fan of C4FNORD. However, they did the gravity posters wrong. It should read "... proportional to the product of the masses of the objects..." or something like that. Or they could have just used acceleration. -wl

They posted an application form a little while back. I think I have a picture somewhere. Give it a few days. -wrl

2012-02-31 03:14:41   I tried CCfCC, and while the service was good, about 4711 nanoseconds after I finished, I had terrible food poisoning which lasted for 17 months. I was truly sick, I tell you. Darn food poisoning! I had to go on a pilgrimage to Plymouth Rock1 and speak to the Great Oracle, who, when I beseeched hir how I could cure my horrible food poisoning, replied simply, "To place a call, please deposit fifty cents". Thus I was cured and have avoided CCfCC ever since. Plus I hear they charge for water, which I heard from my neighbor (whom I've chained in the basement) is illegal under federal and international watertax law. Oh, and try the stuffed plums... they smuggle them in from free range plumistries, and are delicious2! I think I got bad service because of my race3, however the manager overcharged me by nine million dollars, which I later figured out was to cover any tips I might have written in4. They no longer allow dogs over forty ounces, but the cookies in the office are awesomsauce! In short, I highly recommend this horrible place and I won't return again and again. Especially because they wouldn't accept my national ID, and I was banned for 1,000 years. Besides... they aren't authentic5 and their hours are wrong. Somebody should fix that. Visit my Facebook group to learn more, and don't edit this entry without asking me first. AND WHOEVER THE HELL IS CENSORING MY REVIEWS NEEDS TO LEARN ABOUT THE FIRST AMEDNMENT!!! Plus, you can get everything they have cheaper online. More information to come tomorrow —JabberWokky

2009-11-04 08:21:18   Hey, have you guys been doing stuff lately? I saw a flyer that looked official and warned that chemicals present could cause laughter ... on the ceiling in the girls Restroom in Storer. I love what you do. —ChristyMarsden

Of course not. C4 doesn't exist and never has. Even if it did, that's too memeish and not confusing at all. If you saw some Discordian humor, perhaps you'd be on to something.

2012-05-01   I heard a rumor the other day that the CCCC is coming back. I wanna be recruited! —JenniferRutherford

1. Honestly, where else are you going to travel to when you are on a pilgrimage?
2. They also pay their plumsmugglers a fair wage, although they donated 150% of their profits to the Scientologists and the SPCA, both Evil Cults.
3. Foot
4. By the way, the above may be the only true Foot note on the wiki
5. I'm from The LA, so I know all about authentic, as The LA is an ancient land full of The traditions older than any other culture