The Charred Dog House was considered by some as the most patriotic house in Davis. It is located near the Davis Food Co-Op. Former KDVS general managers JustinKable and TeresaKenny are former residents. KDVS DJ and famed DavisiteMickMucus lived at the house for 15 years. They used to have frequent house shows starting at 2 p.m. and yes, they actually got people to show up that early. They were known to have excellent bonfires in the backyard and shenanigans involving exploding watermelons. But people are messy bastards and, even though bands would come from Japan to play this house, Mick got tired of cleaning up after people and stopped hosting as many shows.

Later, Mick and others were evicted against their will for no reason other than the property manager wanting to renovate to make the house into two units and charge double the rent. It is confirmed as of May 2015 that the house has been vacant since September 2014, the month renovations were completed, hence the faithful rent-paying folks were forced out, only for the property to sit empty. What's more, it's reported and viewable with photographic evidence that the place now looks commercial, observers remarking that it looks "sterile," "suburban industrial," "like a daycare or old folks' home," "like a shitty pseudo-law office," and is "hard to look at." 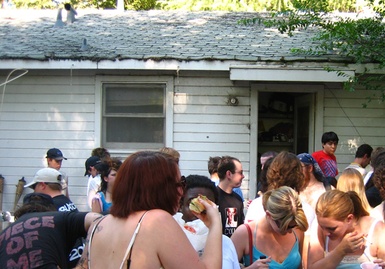 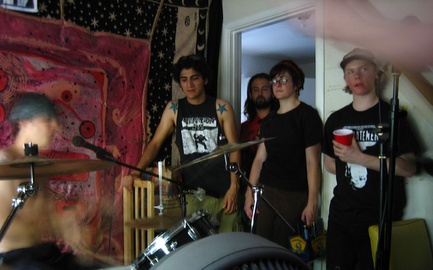 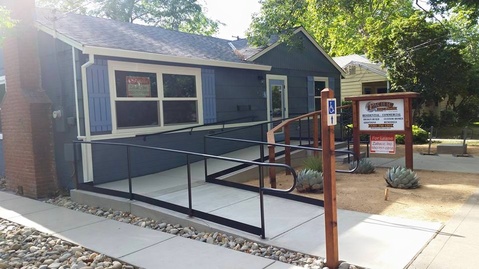 In 2005, Rob Roy wrote a paper about the Davis music scene in which the Charred Dog House was discussed. An excerpt from the paper (edited for grammar and syntax for ease of reading):

"Mick doesn’t make any money off house shows. In fact, they cost him a good deal.

'If I’m putting on a full-on barbeque punk rock show, not including property damage, it costs me about $125,' Mick says.

At Mick’s house on G Street, referred to as the Charred Dog House, there is usually a Saturday afternoon barbeque to encourage people to show up early. He gets two kegs of beer even though he doesn’t even drink beer. He used to have the nickname 'Bourbonbreath' but he has given up liquor for his girlfriend. With a smile Mick says, 'People used to be more generous. They used to stick around and clean up. But now that’s all left to me.'

Mick doesn’t ask for donations; he lets the traveling bands pass around a hat after they play.

'How much a band gets depends on a lot of things. How awesome they are. How far they came. How many people came to watch them. Lots of things. Bands make anywhere from ten bucks to 40 bucks.”

At G Street Pub bands get at least $100 to play. Mick knows this, but he says, 'Bands come from all corners of the earth to play my house. Argentina. Canada. Europe. Japan. Its not a question of money or popularity; it’s a question of reputation and tradition.'

Mick thinks back to some of his most legendary shows. He says the best shows are in summertime because of the barbeques.

'A barbeque just seems natural in the summer," he says. 'This last Fourth of July, a guy put an M-80 in a watermelon while people lit fireworks indiscriminately. It was pretty awesome.'"

• This Is My Fist