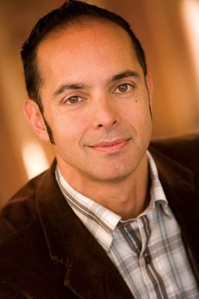 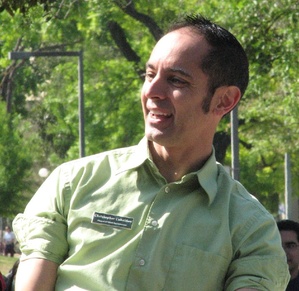 Christopher L. Cabaldon (born November 12, 1965) is an American politician from California who serves as mayor of West Sacramento and (formerly as) President/CEO of EdVoice, a Sacramento based education non-profit advocacy group.

A Democrat, he is a candidate for the 8th district seat in the California State Assembly in 2008. As of December 2007, seven months before the Primary election, Cabaldon has received the endorsement of every Democratic Mayor and Democratic Supervisor in the district, as well as all State Legislators, U.S. Representatives, and City Council majorities within the 8th Assembly District that has endorsed in the race are backing Cabaldon. 1 He has also received the endorsement of the California League of Conservation Voters.

Cabaldon was elected to the City Council of West Sacramento in 1996 and is the first Mayor elected directly by its voters. He is a widely recognized statewide leader in both education and in environmental protection.

Cabaldon has served as Legislative Director of UCSA, Chief Cosultant and Staff Director at the age of 24 to the Assembly Higher Education Committee to former Assemblymember Tom Hayden, Chief of Staff to the State Assembly's chair of Appropriations Committee, and as Vice Chancellor of the California Community Colleges which is the largest system of higher education in the United States. He was founder and Chairman of the Board for the Asian Pacific Youth Leadership Project, a founding member of both the Asian Pacific Islander caucus and LGBT Local Officials caucus of the League of California Cities, and a founding member of the Capital Unity Council, a group created to eradicate hate crime violence. Cabaldon has served as President or Chair of many organizations and boards, including President of Asian Pacific Americans in Higher Education (APAHE), President of the Yolo County Health Council, President of the National Brownfields Association, and chair of the Yolo County Transportation District. Cabaldon is a member of the Mayors Against Illegal Guns Coalition,2 and a signer of the groundbreaking environmental US Mayors Climate Protection Agreement.

He serves on an array of state and regional commissions, including being appointed by the Speaker of the Assembly to the Commission on Regionalism, member of the Blue Ribbon Committee for the Governor's Initiative to Turn Around Failing Schools, appointed by Governor Gray Davis to the Central Valley Regional Water Quality Control Board, and a member of the Sacramento-San Joaquin Delta Protection Commission.

In June of 2007 Cabaldon authored a resolution for the US Conference of Mayors that supported the Filipino Veterans Fairness Act that was cosponsored by San Francisco Mayor Gavin Newsom, New York Mayor Michael Bloomberg, Los Angeles Mayor Antonio Villaraigosa, Sacramento Mayor Heather Fargo, and passed unanimously at the annual conference.

As chair of the Sacramento Area Council of Governments Cabaldon led the region's historic "Blueprint for the Future", which under his leadership won prestigious awards from the US Environmental Protection Agency, two Governors, and a diverse array of national, state, regional, civic, business, and environmental organizations for land-use planning and smart growth strategies.

As of January 2008, Cabaldon is leading an amicus curiae brief to preserve California's tougher standards to curb global warming pollution from motor vehicles. An organization called Carbon Votes 2008 is running a phone, mail and web based campaign to encourage voters to call on their mayors to join in this effort. The Carbon Free Votes website is http://cleanairmayor.com/.

Cabaldon earned his BS in Environmental Economics at the University of California, Berkeley, where he was student body vice president, and a Masters in Public Policy and Administration at California State University, Sacramento in its founding class, where he has taught as an adjunct faculty member and received the institution's "Distinguished Alumni Service" award. 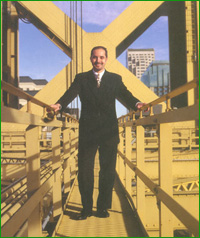 Cabaldon is both Filipino-American and openly gay. The LOGO network featured Cabaldon in a documentary as part of their show Coming Out Stories in 2006, when he came out openly and publicly in his annual State of the City address.

Christopher Cabaldon is the creator of the website http://www.rightoff80.com which features events and places to visit within the 8th Assembly District.

He comes to UC Davis a lot.

Note: As you may have guessed, most of this page was ripped directly off of Christopher's Wikipedia article: http://en.wikipedia.org/wiki/Christopher_cabaldon