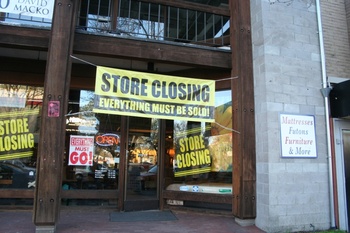 Currently going out of business (Feb 2010)

The Beds and Sofas, later Comfy Mattress, was a store that sold bedding. They sold beds and sofas (obviously) as well as a limited selection of other furniture items such as bean bag chairs, futons, and mattresses. The Davis outlet was part of a larger chain with numerous stores in surrounding cities such as Sacramento, Woodland, and Winters. As an added bonus they also delivered if needed.

Their sales style was described as low pressure with a willingness to cut a deal. Due to the size of the store the selection they could offer was limited.