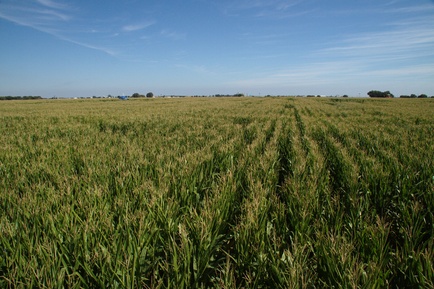 View from the second platform in 201

Cool Patch Pumpkins is why, contrary to popular belief, you don't have to go all the way to Woodland for a corn maze. (You would have had to journey to Woodland for underwear once upon a time too...but now that Target has cornered that market, Davis has become more "metropolitan," if you could call Davis that.)

A small family business, Cool Patch Pumpkins has been growing pumpkins since 1999, originally having started near Winters. Since then, they have developed the "world’s largest temporary corn maze," according to the Guinness Book of World Records. It is frequently referred to as the Dixon Corn Maze.The 2007 maze covered 40 acres, so if it were perfectly square, that would mean about 1/4 of a mile one each side. The 2014 corn maze was 60 acres. Cool Patch has several different varieties of pumpkins, gourds, and corn that they grow themselves. The Cool Patch family always had the intent of providing a wonderful seasonal harvest experience for all ages.

• Corn maze: $15 for everyone except children 5 and under--they're admitted free of charge

• There are picnic tables to eat at, wagons with which to carry the pumpkins in as you pick them, and big tricycles to rent and ride around the pumpkin patch.

Much to see on the property. Check out the following:

Various views of the pumpkin patch and fun zone. See more photos of the maze on the Dixon Corn Maze page. 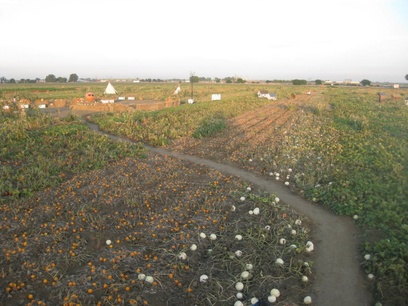 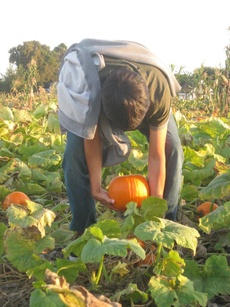 A UCD student picking a pumpkin 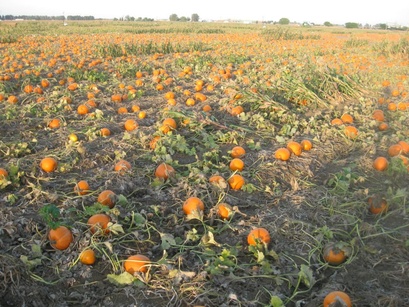 See more photos of the maze on the Dixon Corn Maze page. 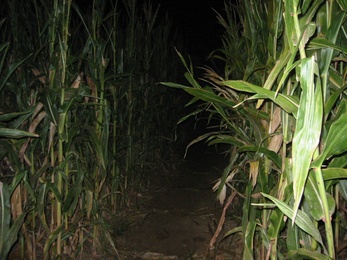 A view from the maze at night...don't forget your flashlight...and maybe a bodyguard 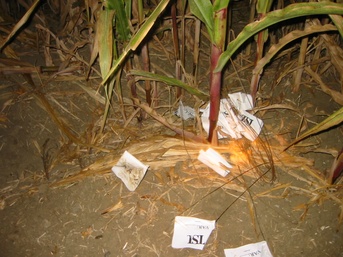 Markers on the ground to correspond with points on the map, but kids like to pull them all out and switch them, so they aren't much help! 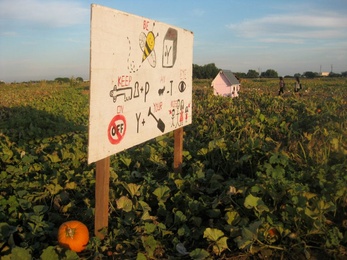 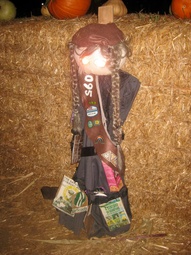 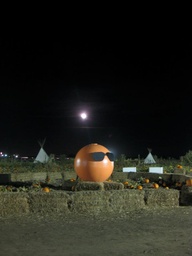 Due to high winds, the corn maze was cancelled in 2009.

See the Pumpkins page for more places to get pumpkins.

2009-11-02 12:56:24   The corn maze was damaged this year by high winds last October and was cancelled for the season. The pumpkin patch is still open but the maze is not. —jefftolentino

2011-10-23 21:23:31   I went to the corn maze today. Many parts were flattened to the point that the experience really wasn't worth the money. It barely functions as a maze due the unintentional shortcuts found almost everywhere. —ScottMeehleib

2011-10-25 09:04:09   We went on Sunday, too, and had the same disappointment as Scott. There was also a TON of trash in the maze, I was shocked at how much people were littering. Not worth $10 IMO, and they don't even have a student discount. It seems like that's how they make their money though, because we got two pumpkins and a gourd for only $12 total. —MeggoWaffle

2012-10-16 12:11:33   I went with my girlfriend last week and went in 2010 as well. Both times we've had fun. It is worthwhile to note that the later you go, the more paths other people have created that sometimes lead to the exit...and sometimes don't. The $10 entry fee does seem a little high, but we got 5 tiny pumpkins and 2 smaller sized pumpkins for $6 so we felt great about that. It's definitely a "do it once so you can say you've done it" activity, but still fun! —omnipotentdude