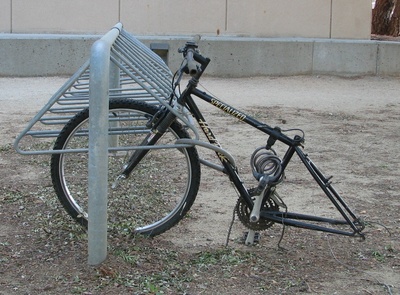 Davis has a reputation as a safe community, but it is not without some crime. Besides bike theft (which is practically guaranteed to happen to unlocked bikes), the occasional violent crime, such as sexual assault, does occur. Sacramento suffers from a poorer reputation in this regard, but things have been improving lately, especially around their Downtown area. In early 2011, Davis experienced a rash of Catalytic Converter Theft.

Crime Prevention Tips: When you are not home hide your valuables! Check your locks on doors and windows and replace them with secure devices as necessary. Pushbutton locks on doorknobs are easy for burglars to open. Install deadbolt locks on all your outside doors. Sliding glass doors are vulnerable. Other windows may need better locks. Check with a locksmith or hardware store for alternatives. Make your home looks occupied, and make it difficult to break in. Leave your lights on even earlier mornings when you leave for work. Turn on your radio when you leave. Trim your shrubbery around your home to reduce cover for burglars. Be a good neighbor. For more tips, see iSeeDavis's interview with a DPD officer.

If you are the victim of a non-violent crime (such as theft, vandalism or harrassment), you can now file a crime report online with the Davis Police Department.

Find out how safe your neighborhood or any other area is. 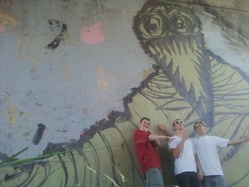 Suspect on far right beneath the Stevenson Bridge