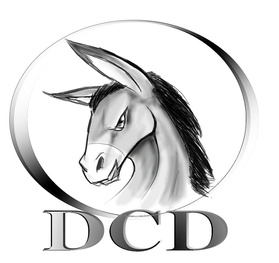 The Official DCD Logo Welcome to the official Davis College Democrats (DCD) questionnaire for all five Democratic Davis City Council candidates in 2008. Here's a little background and info for all of you not so familiar with the current race:

There are currently five sitting members on the Davis City Council (by last name): Ruth Asmundson (mayor pro-tem), Sue Greenwald (mayor), Lamar Heystek, Don Saylor, and Stephen Souza, all Democrats. Councilmembers are elected at large (by the whole city) to four-year terms, with no term limits. There is a city council election every two years, with three spots open one election (2008), then two spots open (2010), then three again (2012), etc. This year, three spots are open for contention on the council, currently held by Sue Greenwald, Don Saylor, and Stephen Souza, who are all running for re-election. Councilmembers Heystek and Asmundson's seats are safe until the 2010 election. In addition, there are three challengers, Cecilia Escamilla-Greenwald (no relation to Sue Greenwald) and Sydney Vergis, both Democrats, along with Rob Roy, a Green. Whoever gets the most votes in this election will serve as the Mayor pro-tem for two years (2008-2010), then as Mayor for the next two (2010-2012). The current Mayor pro-tem, Councilmember Asmundson, will serve as Mayor from 2008-2010. The city council election will be held on June 3, 2008 along with primary elections for state assembly and other ballot initiatives.

The Davis College Democrats felt the need to put themselves into the fray this year by endorsing two, possibly three city council candidates. DCD feels that getting involved in local elections was important, and giving endorsements and club coordinated campaigning in the month of May for the endorsed candidates might ultimately help to swing the election in their favor. DCD also feels it is important that students take a more active role in the community most of them live in, and giving endorsements while backing it up with a potential army of grassroots activists will help to send a clear message to the community that student issues really do matter in the City of Davis.

According to the endorsement procedures of the DCD club constitution outlined in Article 8, section B, DCD is sending out a club-approved questionnaire to all five Democratic City Council candidates. The questions focus mainly on student issues, ranging from growth of housing to a tenants bill of rights. After DCD has given what it considers a reasonable amount of time for the candidates to get back to them, they will evaluate the candidates' responses and use them to help decide who to endorse. DCD will also base its endorsements off of the results of the DCD-sponsored city council candidates forum which will be held somewhere in Wellman Hall, April 23, at 7 PM. Stay tuned to the club blog, facebook, and/or the Aggie for more details on the forum! DCD will update this page with answers to the questionnaire and will check in regularly to make sure people are not tampering with the questions and answers.

Concerning Rob Roy, as he is a member of the Green Party, and the DCD club constitution forbids the club from endorsing "non-Democrats for any position" (Article 8. Section A), DCD will not be sending Rob Roy a questionnaire nor will it be able to endorse him as a candidate. However, the questions will be publicly available on this wiki for all to see and edit, and he is welcome to respond to DCD's questions on the page, preferably under the Daviswiki screenname RobRoy.

UPDATE (4/13): DCD will vote on endorsements for both city council and state assembly in the evening of April 30th. We respectfully request that officials acting on behalf of their campaigns decline to attend the endorsement meeting.

(Note: most of the stuff you see above was written by Brandon Key, an active member of DCD)

Ladies and gentlemen, here are the questions:

Disclaimer: Some of the candidates feel that they did not answer some of these questions to the best of their ability when they first responded to these questions and may contact DCD in the future with revised answers. For the interest of space, if the revised answers to not backtrack on an earlier response they gave, the new response will simply be pasted over the old response. Of course, on Daviswiki, you can click on the info button at the top and check out what was written before.

I plan to pay attention to the recommendations of the City/UCD Student Liaison Commission Rental Housing Subcommittee with regards to renters issues and suggestions for improvement to the Davis Model Lease." Don Saylor

In the case of West Village, the UCD is positioned to provide all basic municipal services and has made all land use decisions to date (with some input from Davis residents). Previous fiscal analyses of annexation options for West Village have shown that annexation shifts costs for service to the City without the necessary revenues to support those costs. I would only support annexation of West Village if the service arrangements and financial framework are reasonable and do not impose a substantial added financial burden on existing residents within the City of Davis. Moreover, I would expect that any annexation of a housing project would involve specific agreements about mitigation of the immediate and comprehensive impacts that development would have on the existing community." Don Saylor

Over the next four years I am committed to continuing to enhance our virbant downtown, strengthen Davis as a destination, bolster the economic spinoffs from UCD, and complete the retail activites we have underway. Some of the actions we have on the horizon:

The Council has taken several actions over the past four years in this area:

As the current Vice Chair of the Yolo Natural Heritage Program, I am working to leverage hundreds of additional acres of Open Space via the Swainson’s Hawk Interim Mitigation Fee Program.

In my second term, I am committed to the completion of the Davis Bikeway/Greenway system.

I will also issue a challenge to my colleagues on the council and you, the citizens of Davis, to reduce our City’s Carbon Footprint by:

Over the next four years, I will work to:

2008-04-25 07:55:00   I'm currently at Memphis International Airport, having just attended the Young Elected Officials Network National Convening in Little Rock, Arkansas. I just wanted to say that I'm extremely impressed with the informativeness of the Davis College Democrats City Council Candidates Forum and Questionnaire. The only thing that would have made the forum and this web page more informative would be the inclusion of former ASUCD Senator Rob Roy. I wish I'd had a chance to participate in more student-led opportunities like these when I ran in 2004 and 2006. Because of your work, I've actually learned a great deal about my current and prospective colleagues' views, particularly about renters' rights. I don't remember any of the two dozen candidates forums I've been in ever asking about tenants' issues (with the notable exception of the ASUCD forums), even though most Davisites live in rental units. I can't thank DCD enough. —LamarHeystek