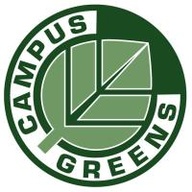 The Davis College Green Party (DCGP) was the local branch of the (inter)national Green Party and was active from at least 2000. It was affiliated with the Green Party of Yolo County and the National Campus Greens. The organization promoted a lot of activism and social justice causes in general.

As of April 2016 no Green Party student organization was registered at UC Davis.

The group has lead the Fair Trade campaign on campus to boost awareness of trade issues and get the CoHo to provide a larger selection of fair trade coffees and produce.

The Davis College Green Party led the original fight in the winter of 2002-2003 to get Choice Voting for ASUCD elections. Their members have continued to be active democracy supporters — keeping Choice Voting at ASUCD and supporting the efforts of groups like Davis Citizens for Representation to move Choice Voting along at the city level (for Davis City Council elections).

Green Party member ChrisJerdonek helped create the Stovetop software that made the election analysis for the ranked results of the Winter 2005 ASUCD Election possible. Check out http://davischoicevoting.org for complete election analysis.

After reading this article, they decided to begin encouraging people to donate to Oxfam. Donations can be made on there website here.

The Ten Key Values that the group works to promote are:

Just a flag for anyone who is remotely interested in repairing this page. —TheOneElectronic