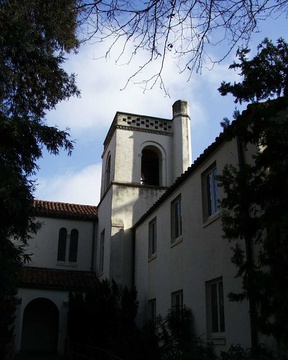 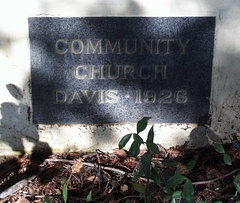 Each Sunday Davis Community Church offers a traditional worship service, as well as an 'alternative' service which includes modern music, PowerPoint presentations, and weekly communion. During the academic year, there are many educational offerings provided, as well as small group gatherings for exploration of spiritual practices. Major community events have often been held in this church, such as interfaith worship services (e.g., after 9/11; Thanksgiving), events addressing community and global concerns, concerts and funerals.

There is a wide spectrum of theological stances among Presbyterians. DCC tends to be on the more progressive end of the spectrum, meaning that members take the Bible "seriously but not literally," and are seeking to be faithful followers of Jesus not only by deepening their own spiritual paths, but by addressing the concerns of the world and serving the local community by seeking to correct injustices and open pathways to healing. Members understand themselves as being on a journey to understanding and accepting themselves as "beloved," growing in their relationships with each other and the God who loves us all, and reaching out to the community and the world with that love. Thus their mission statement: "Beloved of God, let us love."

The congregation had its official start as the First Presbyterian Church of Davisville in 1868, making it one of the oldest religious groups in town. The original church building was small and made of wood; it was eventually sold in favor of something more modern. The name was changed to Davis Community Church following the second church building's destruction by fire in 1924. For many years, DCC was the only protestant church in Davis, so not only Presbyterians, but Methodists, Lutherans, Episcopalians, Baptists, and others joined together for worship and study and fellowship and service. It is one of the only Presbyterian churches in the country with a full 'baptistery,' so that those coming from a tradition where one is fully immersed (rather than just "sprinkled" in baptism would be able to honor that tradition. The baptistery is now covered over, but the sense of the congregation as serving people from many denominations continues to this day. 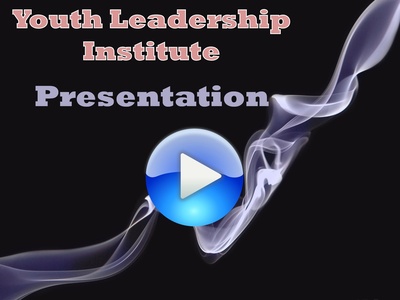 To learn about other worship offerings within Davis, please visit our Spiritual Organizations page.

2006-04-29 23:27:57   Can someone comment on the architecture of the sanctuary? It seems to be an interesting combination of New England plank-and-beam and California mission. I love those 12" beams that hold up the roof/ceiling. —GrumpyoldGeek

2008-01-30 00:53:15   Some years ago I did an architectural history paper on the church; I gave a copy to them, and I still have a copy around somewhere. If I find it, perhaps they can be convinced to put it online on their website. Offhand, I remember that the current sanctuary was designed by Allison & Allison, architects from Southern California who worked mostly in the period 1910-1940 in the Mission style (my dates may be a little off). A number of still-extant buildings at UCLA were designed by them. And (again from a slightly-imperfect memory) I think the previous sanctuary became the fraternity just to the south of the current church. —nobodyinparticular

2008-05-08 09:36:56   I hope this isn't a reflection of the church (I know the church to be extremely involved in the community in wonderful ways), but one member invited me to attend years ago, and when I asked what kind of church, the person said it was nondenominational. It seems to me they should have known and responded with Presbyterian... but maybe I'm being petty. Just thought that was strange! Kind of put me off of this church. —mewhowithanexactlywhat

2009-06-18 21:19:56   To "mewhowithanexactlywhat": Because of its history in the community, many members and friends of DCC identify the congregation as a community church before they think of it as Presbyterian, which is probably why you got the answer you did. I doubt it was stated in order to mislead, but because that person truly thought it was interdenominational. It is probably one of the few Presbyterian churches in the country that has a full 'baptistry' - the kind in which people are 'dunked' rather than 'sprinkled' - and was built into the sanctuary so that the Baptists worshiping there could be baptized according to their tradition. The 'baptistry' has since been covered over, but the desire to be fully inclusive in many ways remains. —MaryLynn