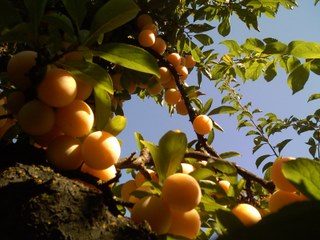 Davis Community Currency is a barter exchange system used to distribute goods and services locally. It is a developing project and your participation, involvement, and partnership are most welcome. The purpose of DaCoCu is to develop a network of groups and individuals interested in exchanging goods, services, and other resources.

Benefits of a Local Currency

Everyone has something to offer! Start making your own currency now with this template for DavisDollars.doc. To get involved or for more information, contact [email protected].

There are quite a few resources available from other communities who have initiated local living economies. Check out some of these links for examples.

2009-02-10 16:10:58   This is ridiculous. In order to get this you would have to either A) pay part of people's salary in this DCC, B) have people convert cash into it or C) have it be like coupons. In the case of A) I would be extremely resentful, as I do not buy anything but food from Davis preferring the economical solutions offered online. In the case of B) I would be disdainful. It makes no sense to turn cash into this DCC because you could just cut out the middle step and use straight cash! In the case of C) I would be perplexed. Why in the world would you not just call it a coupon and be done with it?

If anyone can answer this(these) question(s)I would appreciate it, because now I'm going to wonder about this for hours.

One last thing. If the template for your "currency" is on your site, why would someone not just print out a bunch of it and redeem it? —MasonMurray

When I read this I had to think of Davis. It seems like a good idea for our town. I think town residents would be interested in empirical evidence that this has a positive impact on real estate values.

In the pretty Sussex town of Lewes, 10 miles inland from the southern English coast, an interesting experiment is taking place.

At first glance, Lewes seems to be a picture-postcard of the past, with hilly streets and quirky shops, a cobbled humpbacked bridge, a Victorian brewery and a population prone to parading around in historical costumes as a celebration of centuries-old villains and martyrs. But behind the scenes the hometown of 18th-century reformer Thomas Paine is living up to his tradition of social radicalism.

Two years ago Lewes joined a growing international movement of "transition towns" in countries as diverse as the US, Japan, Australia and Italy where residents believe that the best way to preserve the values of their communities and combat climate change is to favour local produce and business over the standardised offerings of the global economy. And, last September, it went one step further by introducing its own currency.

This is a less eccentric move than it seems. Precedents for alternative currency schemes in the modern world began to crop up as far back as the 1930s when two businessmen, Werner Zimmermann and Paul Enz, set up the Wirtschaftsring-Genossenschaft (WIR) scheme in Switzerland to provide credit to local small- and medium-sized businesses in the midst of the Great Depression. No notes were ever issued but the system remains active today and serves as inspiration.

In the US there are now at least 12 local currency schemes, created not to overcome financial hardship - though that might prove a side benefit in the current economic climate - but to emphasise traditional small-town American values and those linked with the contemporary transition town movement, with neighbours supporting one another against a hostile outside world.

The largest is the Berkshares programme, launched three years ago in the rural Berkshires region of southern Massachusetts. Issued in denominations of one to 50, at a 5 per cent discount to the dollar, and administered by a not-for-profit company, the money is now widely accepted, even for large purchases and wage payments, with nearly $2m worth circulating among businesses and private individuals. According to Susan Witt, who sits on the board that oversees the scheme, it has also become a powerful social force. "It reformed the way many Berkshires business owners and residents think about their local economy and helped educate the community on why shopping locally matters," she says. "Our youth prefer to spend their free time on Main Street rather than at the mall. They experience and contribute to the vibrancy of our downtown."