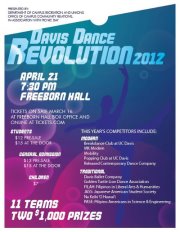 Davis Dance Revolution is an annual event held every Spring quarter at the end the Picnic Day events. DDR is a dance competition in which student dance groups compete for a $1000 prize! Any dance group may apply to perform at DDR, though not all will get in. The contest is split into two categories, "Modern" and "Traditional," with a 1st, 2nd, and 3rd place winner for each category. For example, groups like MK Modern and Mobility compete in the modern category, while groups like Na Keiki O Hawaii and FILAH Tinikiling are part of the traditional acts. To keep the interest up the acts are shuffled based on whether they are modern or traditional so that similar acts, or acts of the same style are not back to back.

DDR began in 2005 when—according to the Picnic Day wiki—the Picnic Day crew decided they would "rather host a dance competition" and cut down on live music. While DDR used to be free when it began, it has gained in popularity so much that the fee is now ranges from 12-15 dollars based on whether you are a student or not, and whether you buy pre-sale or at the door.

So is this PA and freestyle? Can we get some definition of Modern and Traditional Daubert 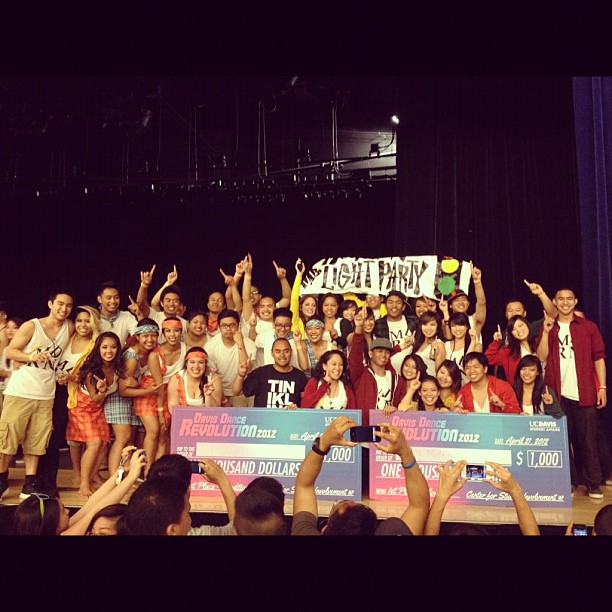