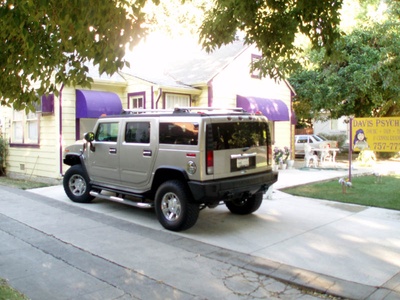 A gray hummer is often parked in front, which makes you wonder how much they really make. 08/2006

Located in the "almost residential" section of downtown on E Street, Davis Psychic has a very visible billboard on I 80, so it is one of the first things that visitors driving from the east see. As a result, the Davis Psychic, also known as Paula Marino, is almost iconic of Davis, although few have visited her. A single session runs from $40 to $60. Available services include tarot readings, aura readings, and crystal gazing.

Paula is originally from Santa Clara, where she says she recognized her psychic talents at a young age. With over three decades of professional experience, she has been the Davis Psychic since about 1990. Her location used to be the home of the Davis Free Clinic (which later morphed into Communicare).

Information about the Davis Psychic has been difficult to obtain. She is secretive and will readily hang up on people, or deny interviews, even for classes. However, in January 2010, The California Aggie was granted an interview.

Keep off the grass.

One of the joys of Davis (and one of the few not frog related) is the fact that the Davis Psychic has ads at the movie theater.

Once someone wondered what services they offer, to which KarlMogel replied, "Charlatanry, of course!".

Many people have heard of psychics being employed by the police in dubious attempts to solve crimes (which works wonders in the tv show Psych). The Davis Psychic, however, knows that there is no substitute for professional crime-solving as demonstrated by the sign to the right. 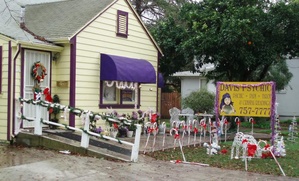 The ostentatious decorations make this place stand out, especially at night. 01/2006 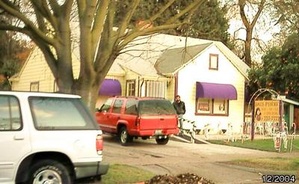 The bearded fellow in the photo was concerned when the picture on the left was taken, and conferred with a lady (the Psychic herself?) and chased down the photographer. After being told that it was for the DavisWiki, a community website, he relaxed and hollered back to her "It's okay". Now why didn't the psychic know/sense that it was OK, and tell him not to worry??? 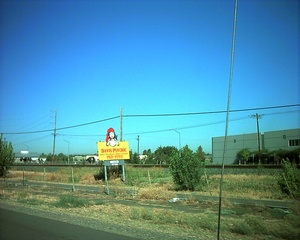 The billboard off of I-80

2006-01-07 21:41:07   Buying a Hummer is bad enough, since it screams profligacy, but buying a Hummer with funds wheedled out of superstitious students is over the top; this act warrants a mindlessness score of eight (on a scale of one to ten). The irony is sickening: a psychic, presuming to value the immaterial realm above all else, exploits those who believe in the immaterial for the purpose of buying one of the most excessive material possessions on the market. In this regard, the so-called Davis psychic (assuming the Hummer is owned by him/her) also achieves a Philistine score of eight (or maybe the mindlessness and Philistine scales are one in the same). —ZN

2006-01-10 09:39:35   I love the meter wars. on another note, perhaps the hummer was a client's? People who might think a GMC jimmy with a boxy exterior is a cool truck might also be inclined to see psychics. —RocksandDirt

2006-02-21 04:45:50   ZH - Have you considered that the psychic, with his/her powers, has forseen either a) a new, limitless energy source will be developed in the near future, negating the need now to conserve oil or b) the apocalypse is nigh, which also negates the need for energy conservation? —ApolloStumpy

2006-08-02 01:10:10   Honestly, from the story given above about the guy chasing down the photographer, I get an adrenaline rush whenever I stop by to take pictures for this wiki page. Kinda makes me want to take more pictures just to see them freak out. —KarlMogel

2006-10-28 20:10:29   Last week, several cars on 2nd Street were ticketed with Davis Psychic flyers. Now, I don't really care if there is a psychic in Davis willing to take the money of the people willing to give it, however, the line on the flyers that caught my eye was "certified." WTF mate? Please point me to the certifier of paranormal psychics, their methodology, and their history. —JustinCummins

2012-06-14 15:46:11   I had a psychic reading with Paula recently. I was pretty impressed, and I wanted to follow up definitely, but I am also having trouble reaching her. Maybe she is on vacation? But at any rate, it's definitely worth it to speak with her if you have anything you're not sure about or even if you just want to know something for fun :-). She's very nice and has a great sense of humor, but also very informative. —OlyaB

2013-06-03 12:18:08   I've been to see Paula a few times, and I mostly had very good experiences. The things she told me made me rethink certain events in my life and reexamine my priorities. Actually, I'm thinking about going again soon - I find that she is most helpful when I am going through an emotional time and am worried about a particular thing. She is pricey, but she will let you sit and talk to her for what feels like *forever* and answer every single question you have! —mooodavis