Davis water wells are the source of the tap water in Davis. These are scattered about town and generally the water from the faucet comes from the nearest well(s). Also note that the water towers are used in the distribution scheme to maintain pressure and distribution across the system.

More information on the city's water system can be found in its urban water management plan. 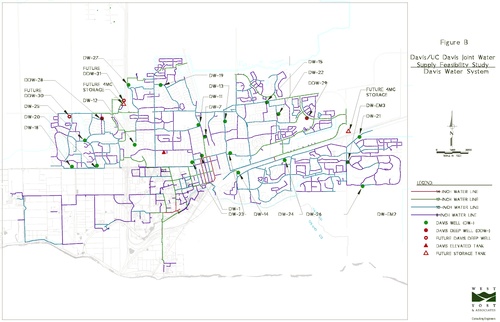