Graffiti may be vandalism, but not all vandalism is graffiti. Vandalism is wanton destruction of property that does not belong to you. Graffiti is a form of self-expression of an individual. Often it is vulgar and worthless, but occasionally it rises to sublime artistic brilliance. This is not a defense of graffiti, just a recognition that not all is created equal just like not all art is of equal value. In any case, this page is about graffiti, not vandalism.

Desk graffiti is just like any other graffiti except it specifically occurs on desks. Desk graffiti is fairly common, but it is especially prevalent in Shields Library. Students often pour out their hatred towards various classes on many of the cubicle surfaces.

One way in which desk graffiti deviates from standard graffiti is in its community oriented nature. Many desks contain ongoing and fairly long conversations with other vandals who stumble upon the scrawlings at a later date. One might call it "multiplayer graffiti". These conversations can range from the amicable: discussing a common interest (e.g. drugs, sex, ethnic heritage) or forging relationships (both sexual and platonic) to the hateful: bashing ones aforementioned interests or direct personal attacks (e.g. YourNameHere sucks). Some people even see the need to wish others well by putting things such as "Good luck on finals!"

Desk graffiti can often be artistic. While most desk graffiti is crude depictions of genitalia or balloon lettering in the classic graffiti tradition, some of it is fairly good. Often, rhetorical questions of intellectual merit are posed. 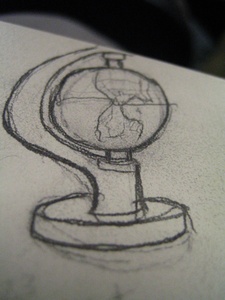 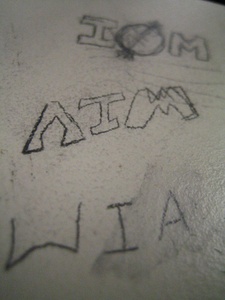