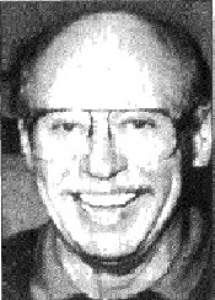 Donald McKinley (born: 17 Nov. 1924, Cottonwood, Idaho; died: 7 May 2002, Sacramento, California) was principal of Davis High School from 1959 to 1967. After high school, he served as a naval lieutenant in WWII, followed by graduation from the University of Idaho, and a doctorate degree in education from Washington State University. He taught music, band, and history in Idaho before coming to Davis High School as principal, when he oversaw the move of the high school to its present location on 14th St. in 1961. He later became assistant superintendent of Davis Joint Unified School District from 1967 to 1970, and eventually the deputy state superintendent of public education from 1973 to 1983.

He was very involved with education issues and organizations, locally statewide, and nationally, and was the first president of the Association of California School Administrators.