One person's garbage is another person's treasure. Be sure to be safe when dumpster diving. Use safe and necessary equipment at all times. dumpsterhunt.com has some great options.

Dumpster diving is another Davis form of recycling. Many businesses and school organizations throw out wonderful things. Also on moving day in Davis dumpster diving is practically a civic duty. Dumpster diving early and often can help furnish your apartment! Don't pay for furniture that might get ruined quickly. Items as large as couches and as small as wall art are often found in dumpsters at end of August/beginning of September. Also see Freshmen Move Out Day.

The Aggie did a front page story called Diving for Dinner on May 15, 2005.

Kind and considerate folks know to leave their usable items besides the dumpster, rather than throw them in, so that others who want it may find them in good shape. Reuse is by far the most efficient form of recycling.

Here is how you do it. Find a dumpster, climb in, and search for something useful. Some amazing things can be found in dumpsters in this town. Many of the grocery stores regularly throw away perfectly good food (some of which is then eaten at Whole Earth Festival meetings).

Dumpster Diving is also a classic hacker technique for finding information that leads to an exploit.

dumpsterbating: whereupon an individual finds useful things in their own trash. 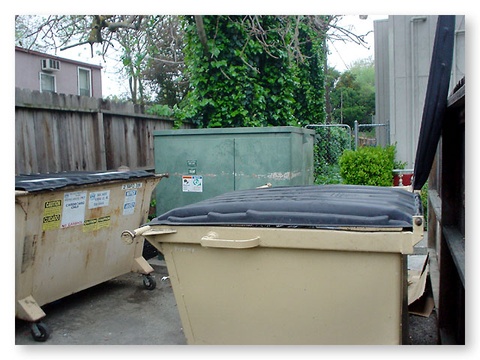 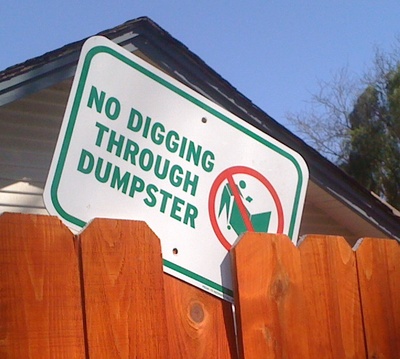 Some dumpsters are less friendly than others

FallingFruit.org: The global freegan / foraging map now includes all the dumpsters listed below. The map can be edited, much like a wiki, to pinpoint other choice locations that folks might want to share. 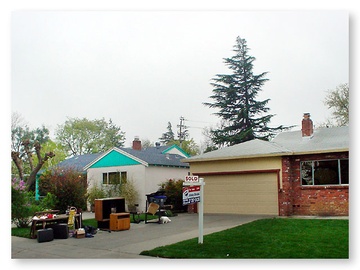