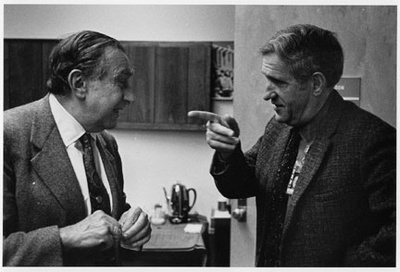 Edward Teller was a nuclear physicist and one of the primary inventors of the Hydrogen Bomb. Teller served as the Chair of the UC Davis Applied Science department during the 1960s, which at that time worked out of Lawrence Livermore National Laboratory. While Teller was involved in the Manhattan Project, Hungarian-born Teller contributed the most after World War II to the Cold War arms race.

A staunch advocate of the mutually assured destruction policy and later the strategic defense initiative, he received much criticism from his colleagues throughout his life. He also served as the inspiration for the title character in Dr. Strangelove. However, he is not to be confused with Edward 40 Hands.

During his time at Davis and LLNL, his ironically named Operation Plowshare proposed all sorts of peaceful uses for nuclear warheads, including flattening a chunk of the Northern Coast Range to help transport drinking water, or widening Interstate 40 in SoCal.

Teller co-authored a book, Conversations on the Dark Secrets of Physics, with his daughter Wendy Teller and current Davis resident Wilson Talley.

He once had a Usenet group named after him: sci.physics.edward.teller.boom.boom.boom 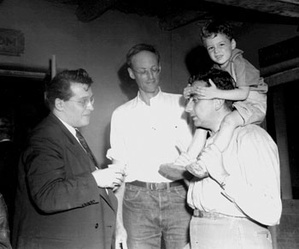 Teller with his son