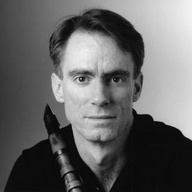 Eric Hoeprich is a world-reknown clarinetist who went to Davis schools and graduated from Davis High School in 1972. One of his early school music teachers during this time was Margaret Neu. He received a degree in philosophy from Harvard, and currently teaches at the Paris Conservatoire, the Royal Academy at The Hague, and the Early Music Institute at Indiana University, in addition to doing public performances. He specializes in early clarinet music, beginning from the time of Mozart and has written an authoritative book on the instrument called, The Clarinet.

In Sept. 2012, Hoeprich was inducted into the Davis High School Hall of Fame.