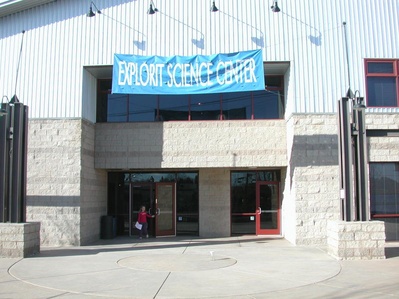 Explorit Science Center is a 501(c)(3)  non-profit organization committed to the mission: To ignite and foster curiosity about science and nature through inquiry and discovery. It's a great place to visit with your family and friends for hands-on science fun. Popular public events include the Family Exploration programs which often feature guest scientists from the community. Week-long summer day camps and birthday parties with hands-on science themes are popular programs just for children. Adult and teen volunteers are highly valued at Explorit, http://www.explorit.org/support/volunteer

Explorit Science Center located at 3141 5th street hosts school field trips on weekday mornings. Teachers can choose from Discovery Lessons, Discovery Labs, Nature Labs and Nature Safaris. In the wider, 16 county region, Explorit travels with mobile programs which serve elementary schools and community sites. These traveling programs include Classroom Adventures and family science nights such as Science in Your World and Green World Healthy People (was Health in Your World). While the Explorit facility in Davis is small it is definitely worth visiting on a regular basis. The reach of its traveling programs extends into about 15 counties each year.  Its inquiry style of hands-on activity is different from most other science centers and involves the use of common, familiar materials for observations, investigations and experiments so that the activities' relevance to everyday life is made clear to both children and adults. All Explorit programs involve opportunities for honing observational skills, questioning, problem-solving and critical thinking by all ages. The Explorit Science Center has The Science Mosaic Bench out front. You can glimpse the making of the bench at http://www.explorit.org/explorart/bench.html. Nearby in the park are the "Evidence of Life" public art installations by artist Sam Tubiolo; they are a link away from the same url.

Explorit offered its very popular Summer Science Camps as usual in 2016 with more than 300 children participating in the ten week session. Explorit's Facebook page and its website continue to be a good way to follow what's happening to the energetic science center. New in 2011 Explorit created its ongoing Community Science Project (CSP) "Where's My Spider" that has included a couple of art contests and continues to encourage the writing of stories and poems about spiders (at http://groups.dcn.org/explorit-csp-wow). It is slowly building a database of Yolo County spiders. Explorit's Spider database is housed at iNaturalist (http://www.inaturalist.org/projects/where-is-my-spider) and accepts (with registration) input observations from anyone who can record spider observations with a digital camera. There is a iNaturalist app for this too!

The 2016-17 CSP  "Feathers In Our World" included a talk and book signing by Thor Hanson the nationally acclaimed author of "Feathers, A Natural Miracle.". There is an ongoing partnership with the Pence Gallery for the monthly First Friday Art After Dark program. This often involves feathers.

In August, to celebrate the end of a grand summer season Explorit has a public, family festival "The Final Blast" at which the UCD Chemistry faculty present their famous Chemistry Show. 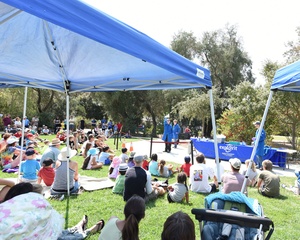 January 30th 2011, was the last time Explorit Science Center offered regular public access at its 2nd Street location. Due to the Great Recession there was a 15-25% drop funding to non-profits and a 14% annual drop in donations, Explorit had to make the painful decision to close the 2nd street location and lay off all but three paid employees. The center's temporary closure and depleted staff team affected programs for at least two years but as of 2012 following a lot of hard work and community support all programs were once again available locally and throughout the region

The recession that started in 2008 significantly affected Explorit as well as very many other nonprofits. Exploit's fund development program with a necessary balance of reserves is still not fully recovered. Explorit continues to work very hard to regain its pre-recession financial status and encourages ongoing support by all those who see value in its science education mission, "To ignite and foster curiosity about science and nature through inquiry and discovery." There is a "Donate" button on the website homepage. To inquire about how to become involved or to provide major support please call 530-756-0191 to speak with the executive director.

To celebrate 30 years of providing informal science experiences to the general public and schools Explorit  hosted a special fundraising event on October 19, 2013 at its 3141 5th Street, Davis location.

To celebrate its 25th anniversary, Explorit hosted a hands-on family science festival on April 28, 2007. The free public event took place at both Explorit’s main facility, 2801 Second Street, and at the Mace Park Branch, 3141 Fifth Street. Visitors took a trip back in time to see how Explorit has grown and changed since its founding in 1982 and tried out some favorite science activities from the past 25 years. Special events at the festival included the unveiling of the “Give Explorit a Hand” donor wall and the dedication of Standing Wave, an outdoor science-art sculpture by local artist Chris Daubert. Later this year, Explorit will be planning a reunion gathering for the many staff, trustees and volunteers who have contributed to the Center's growth and success since 1982.

After several years of planning and fundraising to expand its facilities, in spring 2006 Explorit publicly announced its plans to expand into the south side of the Davis Indoor Sports Center building. This new site opened to the public on September 23, 2006 and was celebrated with a Grand Opening Festival on October 14, 2006. The facility features hands-on exhibits, a Discovery Room, a Microscope Nook, a Wet Lab, an Animal Alcove and more. Additional galleries and exhibit spaces will be phased in over the next year at the site. This 2801 2nd Street site is now Explorit's primary public location. The location at 3141 5th Street, continued to be used by Explorit for school field trips focused on nature themes that utilize the surrounding park, as the main site for summer day camps and as the hub for Explorit's outreach programs. More information is available at the Explorit website. Before Explorit was in its Mace Ranch location, it was at 2828 Cowell Boulevard, where there was a large mural of a head with long, wild hair. This building now has offices for the UC Davis Bookstore, and has a mural of the Aggie Logo. When Explorit was there in the early 1990's the road was called Chiles Road.

In February of 2010 they were on the evening news saying that they were $600,000 short on a balloon payment that would come due in August. There was talk about teaming up with another science museum in the Sacramento area to get funding. However, the teaming was not a feasible option and so Explorit relinquished the building to its lender and is now functioning from its facility in Mace Ranch Community Park at 3141 5th Street that has been its home-base since 1992. The recession affected Explorit very drastically (as it has many nonprofits) and the Center is working hard to rebuild its original vigor and services to Davis, Yolo County and the Greater Sacramento Region. The Explorit Board is passionate about the Center's informal science mission and welcomes inquiries about its progress.

Does anybody have photos of the old or new mural, or the old explorit on Cowell? (Cowell Blvd was called Chiles Road when Explorit was functioning in that space next to The Printer in 1990)

2004-08-12 15:21:54   I attended their 2004 Perseid viewing, and while I only caught the tail end of the Explorit organized part, I had a really nice time. The location was near perfect — far, far West Davis (so far that it was actually in the Outskirts of town) — and the sky was crystal clear. They had telescopes and neon-glowing lights set up, but they were closing up shop as we got there (around 1AM). —PhilipNeustrom

2007-01-02 14:23:28   They finally got a paved parking lot, that was the big project for ever and a day. I also have tons of fond memories as an inquisitive little kiddie running around explorit —StevenDaubert

please note this is for old explorit ie Mace Ranch

2007-04-29 11:26:00   lawl, the Davisites can start calling the new explorit just that, hahahah. I have many fond memories of going to the "Mace Ranch branch" when I was young —StevenDaubert

Man, the real old explorit is on Cowell. Don't you remember that mural of the person with the hair? —NickSchmalenberger