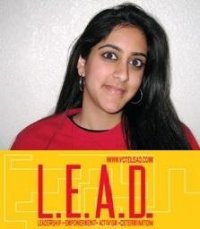 Fazila Malik Fazila Malik was a UC Davis psycology student between 2004 and 2008. She served as an ASUCD Senator, winning in the Winter 2007 ASUCD Election on the LEAD slate. She was a ASUCD Ethnic and Cultural Affairs Commissioner and Co-President of the co-ed South Asian fraternity Delta Phi Beta and a member of the South Asian Student Organization. Fazila was endorsed by the California Aggie. She is currently studying optometry at UC Berkeley.