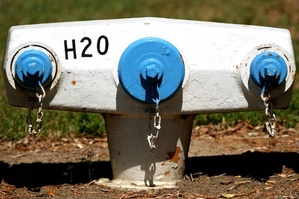 on D Street between 4th and 5th 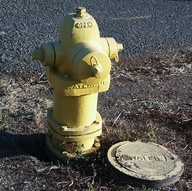 On the northwest corner of 5th and J

Northwest corner of 4th and D

At the southwest corner of Synder and Georgia Place

Not attached to anything

The hydrant on the roof of the Chi Phi house.

Unlike the City of Davis, the university uses wet hydrants. The outlets in wet hydrants open individually, expanding their usability in fighting fire. Wet hydrants can freeze and break in long periods of cold weather. Sometimes contractors hit them and generate spontaneous fountains. 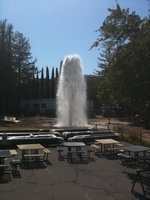 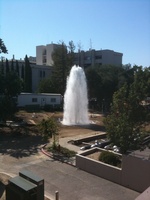 The header image for this page is of Hydrant H20. 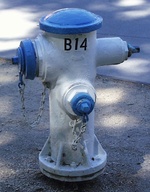 by the CRESS Center

This page totally reminds me of the Davis Manhole Project. —BrentLaabs