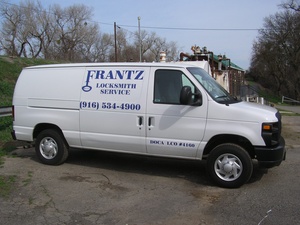 2008-02-10 09:49:51   We had a break-in this weekend and needed all the locks redone. Not only did he come out on Saturday with great rates, but he was a real pleasure to work with, taught us the ins and outs of lock technology, and left us with upgraded security. Highly recommended! —AmyCardace

2008-04-22 19:24:31   I had a broken deadbolt, so I gave Robert a call. He was open about his rates, and very frank about my options. In the end, he even forwarded me to a competitor of his to fix a specific component, and I ended up getting everything fixed for a fraction of the cost I thought it would be. Thanks Robert! —CenDus

2008-11-06 18:09:18   I had trouble with my truck doors and neither was able to be opened. He came all the way from citrus heights and opened the door so fast! He ended up charging me a lot less than I expected. Nicest guy! If you need a lock fix definitely call Robert he's the best! —mdbrogan

2008-11-19 19:38:34   I had my bag stolen at the ARC (of all places), and my only car key was in the bag! My fiance called Robert, and he came out promptly, offered us a fantastic price, and did his job with great skill. He was definitely a pleasure to work with, and I highly recommend him! FIVE STARS! —Ryinky

2008-12-18 19:45:06   Hmm, with the exception of the first one, all the comments come from users who have never edited or commented on any pages except to put a glowing review here. —EmilyH

2009-03-28 00:00:31   Hello EmilyH, I own Frantz Locksmith Service in West Sacramento. I have been a locksmith for 26 years and have treated people right for more years than that. Each of these postings are real. These people that left comments, with exception to the first who I did a service for, found my listing on this Wiki and were asked by me if they would leave a comment. There were many that didn't. Davis does not have a local locksmith any longer and others charge way to much. I like to keep my prices reasonable even tho Davis is out of my way at times. You can check me out at the CA Departmento of Consumer Affairs - Bureau of Investigative Services. My CA Locksmith Company License #'s are LCO 4160 and LCO 4703. —Frantz

2009-04-06 20:07:38   Can't recommend Robert enough! He rescued our cat from pantry with a broken latch, customized a replacement latch and strike plate so we could keep the original hardware (on a follow-up Saturday visit) and picked a lock on an antique trunk for good measure. All for a ridiculously reasonable rate. Can't go wrong! —JeffR

2009-05-07 13:13:23   I just talked to Robert on the phone after finding this page. He couldn't help me, but he spent at least 5 minutes looking things up for me to find someone who could. He didn't want to let me off the phone without at least pointing me in the right direction. I haven't bought anything from him, but I thought this was a good sign and an uncommon gesture. —MatthewPearson

2009-05-15 06:20:58   Rob fixed our deadbolt this week and I highly recommend him as well. On the phone he identified the problem I was having, figured out what kind of lock it was, quoted me a much lower price than I expected based on past experience, itemized for parts and labor, and told me what time he would arrive that day within 15 minutes give or take. He delivered on both the price and the arrival time, fixed the lock quickly, and entertained my child with lock technology to boot. I would definitely call him again. —EdHenn

2010-07-16 17:36:34   he JUST left my house, my key broke inside my lock, and i called him for help. even though he's supposed to be off work at 5PM, he was willing to drive all the way to Davis without extra charge! this man is so nice that he even made extra keys for me and my roommates. I don't know what the usual rate is for locksmith, but from what I paid, i think it was totally worth it. you just know when someone is willing to go the extra mile for his customers, and nowadays these people are rare. definitely recommend his service, he will make the situation better and makes you worry free!

(and if people are skeptical about my review, and why he is only person i wrote a review for, thats because i usually dont complain about things, nor do i say good things about a business unless i TRULY believe in it) i made this account just to recommend him —Beryl

2011-01-26 18:44:14   Robert is absolutely phenomenal. Honestly, being in this man's presence made my day. He is extremely passionate about life and it shows. Definitely makes one appreciate all that Z has.

I lost my only keys to my car and he came to me in Davis AFTER their hours of operation. On top of that, they were by far the cheapest Locksmith in the Davis-Woodland-West Sac area. Robert even made me a spare key, free of charge. While in my parking lot, a neighbor also got keys copied for free. I highly recommend Frantz. I know who I'll be calling if I ever need a locksmith.

BTW, this happened months ago. I still remember well how pleasant of an experience I had. I said I'd put something on his Daviswiki so here it is. It's late, but it's true. I made this account just to review this business. I, too, generally don't feel too 'moved' to leave comments here but Robert was just exceptional. —ChanS

2011-02-03 12:23:29   I thought Chan was being a little silly with what he said about Robert, but he was right on. Honest, thorough, exceedingly conscientious about his work, fast, accommodating-really there aren't enough nice things you can say. We just bought our house and had Robert re-key it. I watched and chatted with him while he went through each lock and made sure it worked perfectly before re-installing them. Just a great guy that does excellent work for an unbelievable price. If you're suspicious about the glowing reviews like Emily, don't be. Yes, this is my first comment here. I registered just to leave this feedback, and you will too. —PeterBolton

2011-03-05 15:53:14   After multiple attempts to break in ourselves we called to get a quote on having Robert come to unlock my sons bedroom door. He had accidentally locked it before locking himself out of it. A previous tenant put a keyed front door knob on it and we don't have the keys. It was a Saturday so his quote was a little higher than it would usually be but still FAR less than anyone else we called. Still we weren't sure so he gave me a bunch of suggestions for getting the door open myself. I tried for another hour with no luck. I called him back and he came out right away. He was very nice and polite. He even made us new keys for the lock at a low price. Just before he left I somehow managed to lock myself out of another room which I had been experimenting on the door knob of in an attempt to open the first door. He came back in and unlocked it at no extra charge. What a great guy! —ginarivers

2011-07-23 19:37:13   I was in the Gas station when I realized that I lost the gas cap key(the only one that I had). I had no way of filling my gas tank. It was Saturday. I searched the Davis Wiki and found Frantz Locksmith. I called Robert. He was very pleasing to talk to. He told me that he would be very happy to help me and willing to come to my house on Sunday without extra weekend charges. He not only made a new key for my gas cap, but also removed the broken key from my car's front door without added extra cost. If I ever run into this problem, I will definitely knock his door again.

2016-09-02 20:00:36   My outside front door handleset literally fell off the door, leaving me stuck going in/out through the garage. I was worried I needed to replace the whole handle/latch/lock assembly and was prepared to go to hardware store. Robert said to wait until he looked at it -if he couldn't fix it and it needed to be replaced, he'd return to complete without adding a second visit fee. He fixed it on the first try. Very friendly and professional. I recommend and will use him again. —RamonaS

2018-11-07 15:44:11   Robert is a specialist in safes, but he seems to have broad knowledge of locks and doors as well. I called him for a business when we couldn't get in touch with our usual locksmith (probably needs his own page), and he was able to respond quickly and set up an appointment. I get the impression that he tries to be responsive, but sometimes has enough specialized work that he has to ration his time. But competent, responsive, and fair are great characteristics for any small business, and Robert delivers them! —DougWalter