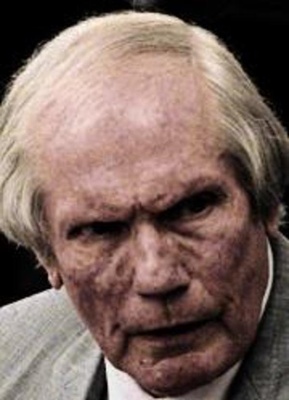 Fred Phelps, also known as "that God-hates-fags guy," is pastor of Westboro Baptist Church (WBC) in Topeka, Kansas. What does this have to do with Davis? He's scheduled to come to Hillel House on February 5, 2010 at 2-3 PM to protest. He's also scheduled to be at Chabad from 9-10 AM on February 6, 2010. It should be interesting. Mark your calendars!

Hillel House respectfully requests that you DO NOT come to Hillel on Friday, Feb 5 for a counter protest against the Westboro Baptist Church, as no such counter protest will take place.

It is worth noting that the congregation (which is heavily composed of lawyers, including the now disbarred Fred Phelps himself) funds themselves through lawsuits against counter protesters provoked into physical action. They literally make a living pushing buttons and suing people for their response.

2010-01-25 19:23:08   I am highly sympathetic, however I don't think creating a larger media circus is in your interest. I think really the fact that this person recieves any attention at all is a national disgrace. He should be ignored just like any other crazy street preacher or possibly laughed at at most.

Now if we went for an absurdit protest mocking Phelps and his ilk I would be in. If anyone has any unique/clever ideas about how to do so I'm all ears. —rfrazier

This is Hillel's plan for their event. If you would like to offer them suggestions I suggest you contact them. I updated this page since the directors are not active on the wiki in order to help quell the madness. —OliviaY

Hold a Phelps-a-Thon where for every hour Fred Phelps and his flock protest gays, people donate a small sum of money to a gay charity. Then, after he's done protesting, send him a thank-you card showing him how much money he raised for gay rights.

I agree with rfraizer/Daubert. These guys already have attention. In my opinion, trying to deal with problems by ignoring them never seems to have the desired affect. I see these protests as a great opportunity for people of different beliefs to come together— Christians, Jews, Atheists, everyone has a reason to come out and simply have a good time, making fun (non-hateful) signs, playing games (someone bring chalk and a kickball!) and singing songs. We don't have to choose between ignoring the situation and making it worse, why not use it as an excuse for love and celebration? (Of course I respect the opinion of the institution being attacked.) —JohnathanQuigley

2010-01-31 18:14:06   The SF article is EXACTLY how these morons should be treated. When you meet their absurd hate with hate, you're playing their game, and you're putting yourself on their level.

Hating them is in a way acknowledging their position as if it's one formed by rational human beings, which it isn't. It's insane, and the proper counter for insanity is a full blown discordian/dadaist freak out.

Come on people - are we really going to let ultraconservative whack jobs push our buttons? The liberal/progressives have always been the kings of this game. We can one up their madness with greater and funnier madness of our own. —rfrazier

Damn, it looks like someone has already used my angle. 2:48 and onward —StevenDaubert

Since you can't reason with these slapdicks, why not just thump a bible instead? Shirley Phelps had a son out of wedlock

the Bible also says "A bastard shall not enter the gates of heaven, even unto the 10th generation"

"The faith that you have,﻿ keep between yourself and God. We who are strong ought to bear with the failings of the weak" (Romans)

"While there is jealousy and strife among you, are you not of the flesh, and behaving like ordinary men?" (1 corrinth)

"It is the Lord who judges me. Therefore do not pronounce judgement before the time, before the Lord comes" (1 corrinth)

.. the Lord commanded that those who proclaim the gospel should get their living by the gospel" (1 corrinth)

"For the whole law is fulfilled in one word, 'You shall love your neighbor as yourself'" (Galatians)

" If a man is overtaken in any trespass, you who are spiritual should restore him in the spirit of gentleness" (Galatians)

"...lead a life worthy of the calling to which you have been called, with all lowliness and meekness, with patience, forbearing one another in love, eager to maintain the unity of the Spirit in the bond of peace" (Ephesians)

"Let all bitterness and clamor and slander be put away, with all malice, and be kind to one another, tenderhearted, forgiving, as God in Christ﻿ forgave you" (Ephesians)

Do all things without grumbling or questioning, that you may be children of God without blemish in the midst of a crooked and perverse generation" (Phillippians)

"Conduct yourselves wisely toward outsiders, making the most of the time. Let your speech always be gracious" (colossians)

2010-02-05 02:50:53   These idiots should be completely ignored. Whenever this has happened in the past, they have moved on quietly since they thrive on media attention and without a counter protest, there is very little of it, they just get plain old bored.

Funny.. known of these guys for years and sat down today and watched a documentary on them by the bbc today ... they truly are in a class all their own.. Sad. —WesOne