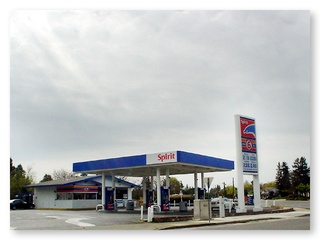 Spirit (now a Shell) offered competitive prices at the intersection of Mace Blvd. and Interstate 80

Gas Stations provide a place to buy fuel for some of the vehicles in Davis. Gasoline and Diesel not the only fuels used for transportation in town.

Fuels range from the traditional gasoline or ''gas'' and diesel to the exotic hydrogen for hydrogen powered vehicles. There are also options for Natural gas at the Davis Natural Gas Fueling Station and electric power at charging stations.

The Davis Shell gas station was previously the only one in the City of Davis that offered Automobile Repair. The repair shop closed down. Many offer free water and air (required by California law).

The website http://www.gasbuddy.com is a very good place to compare gas prices before you fill up. Anyone can sign up and report on the most current gas prices in Davis.

Gas quality varies depending on the brand of gas. Top Tier gas is gasoline that meets the standard for premier detergent gas. Additives called detergents are added to gasoline to prevent deposits on critical engine parts. Deposits reduce engine performance.

Top Tier gas is available at 76, ARCO, Chevron, Shell, and other stations.

Please note that when you pay by debit card without using a PIN, some gas stations put a hold of up to $75 on your card. That means that up to $75 of your checking account can be off limits (in addition to the price you paid for gas). The time of the hold can vary and depends on your bank. (i.e. 72 hours, 5 days, etc.) This could cause overdrafts fees, bounced checks, or insufficient funds on your account.

How can you protect yourself at the filling station?

Near the Richards exit from I 80

South Davis other than near Richards

The cheapest in town tends to be Arco (at Russell & Anderson or Mace & 2nd Street) — a downside is they don't take Visa, only cash or ATM plus $.45 annoyance fee. Circle K and Spirit seem to be competitive, yet are still independently owned. 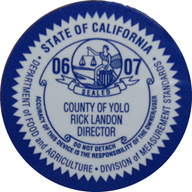 Serious request: Could people time how fast the pumps are? Log the station address, pump number, pump mfr. (or whatever you can), and the rate (gallons/minute)?

Located throughout downtown and on campus, these are places where you can charge your electric vehicle.

2008-06-05 10:34:28   Beware of this gas station "76" in front of Chevron in South Davis. The price in their pump may be different from the posted (road sign) price. They have two posted prices for regular gasoline, one is 10 cents cheaper but only if you will purchase their full service car wash (this note is written in very small text relative to the price text). Anyway, the regular price (without car wash purchase) was 4.359 went I went there this morning, then while refuelling, a guy went out and change it to 4.419 but I noticed from the time that I went in there that the price shown in the pump was 4.459. I didn't have time to go to another station so I just pumped 10 gal. I went inside the store to get my receipt and tell the guy about the price but this guy pretended to be so busy on the phone and only said that he's working on it. —odyssey

2008-06-18 09:43:15   Careful of the North Davis 76 (Covell and 113). Last night I was filling up my car with diesel. I began to be alarmed when the pump said that it had already put in 13 gallons, since my tank holds 14.5 and I had at least 1.5 gallons already in there. It started to make a new sound, like the fuel coming through the hose was trailing off, but the numbers kept going at the same speed as before. By the time I stopped it, it read 14.51 gallons. I went in and talked to the owner, who refused to admit that there could be anything wrong with the pump (he was giving me about 20 different reasons, including that fuel expands and contracts with temperature, so somehow my tank could actually hold more than what the owner's manual states). He finally said that he'd have the pump checked out "for my peace of mind" and took my name and number, but I don't expect to get any money back. —nicolemans

2009-04-11 10:58:18   Something I've found to help just a tiny bit. Gas is measured at the pump by volume, therefore when it is cold it's volume is decreased. If you buy your gas late at night once the tanks have cooled you get just a little bit more for your money. Admittedly the tanks being underground means the temperature change is slight, but there is a disclaimer on the pumps @ Costco in Woodland. —MasonMurray

2010-01-08 09:33:05   Be aware that many cars get worse gas mileage when using Arco gas, which has some ethanol in it. Several years ago when gas was nearing $5 a gallon, I switched to Arco to save money, but my on-board MPG calculator showed I was losing almost 5% in mileage - which completely negated the cost savings. —NotSure

2010-03-07 13:10:37   Gasoline in Woodland tends to be far cheaper than anywhere in Davis—usually 10-20 cents/gallon cheaper. Because I'm over there about once a week anyway, I typically wait until I'm in Woodland to fill up. I personally like both the Arco and the QuikStop on West St. (especially the QuikStop... it's about $0.02 more expensive, but without the Debit charge), since they're both cheap and always very clean. —TomGarberson