The Gender and Sexuality Commission (GASC) is an ASUCD commission. Its purpose is to actively promote awareness of gender and sexuality issues, as well as sexual assault, through outreach efforts, publicity drives, and special projects. Additionally, GASC works with campus resources pertaining to gender, sexuality, and sexual assault awareness education in order to improve these respective efforts on campus. Furthermore, GASC assists in the organization and coordination of educational programs concerning gender, sexuality, sexual assault and sexual harassment. Programs include: Generation Sex Week, attending the Western Regional LGBT Conference, supporting student groups/campus events through co-sponsorships, educational workshops, panels, and keynote speakers. GASC also reviews and makes recommendations to the ASUCD Senate and relevant ASUCD Commissions on gender, sexuality, and sexual assault programs at UC Davis and throughout the UC system.

Commissioners, Past and Present 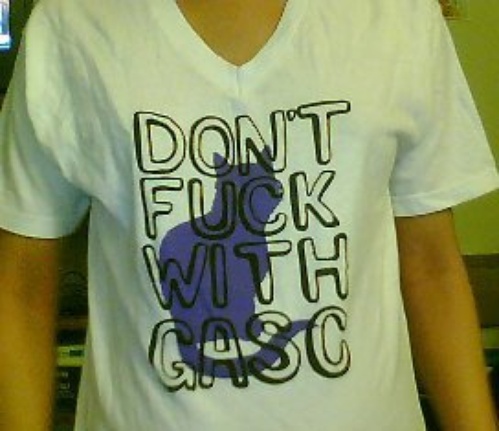 On June 6th 1991, the ASUCD Executive Council passed Council Bill #66 which created the Sexual Assault Awareness Committee (SAAC) to "ensure student input on policies concerning sexual assault and to increase knowledge of sexual assault issues". The committee, according to the bill, met on the second Wednesday of every month. In 1998, SAAC became the Gender and Sexuality Committee in order to expand its work and to be more "inclusive of different genders and sexualities". In Winter 2002, a Constitutional Amendment, authored by former LEAD Senator and ASUCD Vice President Dan Beaman, created the ASUCD Gender and Sexuality Commission.

In 1998, SAAC became the Gender and Sexuality Committee in order to expand its work and to be more "inclusive of different genders and sexualities".

The ASUCD Gender and Sexuality Commission (GASC) meets every Tuesday from 6:30 pm to 8:30 pm in conference room 3114 in Hart Hall (during the academic year).

All GASC and Generation Sex Week events are free and open to all regardless of sex, gender, race, ethnicity, religion, political affiliation, ideology, class etc. ASUCD and GASC welcome ALL students to come and participate in the events. Come celebrate, learn and have a great time!

"See you at the next meeting!" - RevChad

Positive Regards for the Commission

I appreciate and enjoy what this commission does. GASC is very important today, in a time where high AIDS, other STD and teen pregnancy rates directly correlate to a lack of sex education. Furthermore, this year's commissioners have fostered creative dialogues among the various campus groups...where else could you find a Jew, a Muslim, and BrentLaabs talking about sex? This is also a time when parts of our society are finally recognizing the marginalization and bigotry towards homosexual and transgender inviduals who do not fall into traditional views of sexuality. By fostering a sexuality dialgoue they work to expand societal acceptance of the LGBTI community. Funding GASC only takes about $0.01 out of my pocket, well here is $0.02. JimSchwab

The critiques I have read basically take the approach of "This shouldn't be done, so this shouldn't be talked about." As opposed to the approach "Since this is done, we should talk about it". The former is the same logic that the DARE program uses - which is why they don't talk about actually doing drugs, just that you ought not to do them. The consequences of actually doing them are not discussed. Similarly, conservatives don't like AIDS awareness or homosexual discussion in general, because once again, they think people ought not be doing them so it would be best not to talk about them. Any logical person that isn't bent up on emotional prejudices can see just where this approach would lead to - and it's not down a bright and cheery path. Call me a liberal, but anyone that criticizes events like the ones that GASC put on are just playing a game with themselfs of denying reality." - cjm

The California Aggie (print edition) contained an article on 1/12/2005 talking about an alleged liberal named "Mason" filming Generation Sex Week events with their permission — which are so-called 'Safe Zones' in which individuals are encouraged to speak freely. GASC suspected the filming individual to be a conservative because of his persistence.