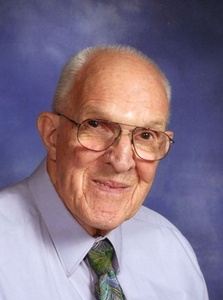 Gordon Green died at age 92 on May 17, 2016, in Davis, California. He was born Gordon Harold Green on February 1, 1924, in Fergus Falls, Minnesota, to parents Dwight Philemon Green and Ruth Edna (Davis) Green. He grew up in Battle Lake, Minnesota. He joined the U.S Army and served in the Philippines following World War II. After the army, he attended Minneapolis Business College, where he met a fellow student and the love of his life, Mary Rosalynd Capps. They were married on February 18, 1950 in Minneapolis, Minnesota. They moved to California in 1954 and to Davis in 1955, where they raised a family of three sons. He worked in bookkeeping and payroll for Spreckels Sugar in Woodland for almost 30 years. He was a member of Davis Community Church, the Davis Camera Club, the Davis Genealogy Club, and served as an Assistant Scoutmaster and District Representative for Boy Scout Troop 111.

A memorial service will be held at Atria Covell Gardens at 1111 Alvarado Avenue in Davis, CA on Thursday, May 26, 2016 at 2:30 pm. He will be buried at the Sacramento Valley National Cemetery at 5810 Midway Road in Dixon, CA after a service on Friday, June 3, 2016 at 9:30 am.An online guestbook is available at www.smith-funerals.com.