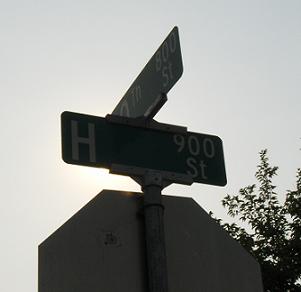 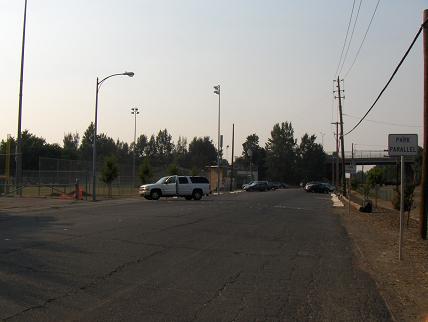 The one-block segment of H street in downtown was a narrow alley prior to street reconfiguration work completed circa 2004. Because this block was more like an alley before then, it is often overlooked as being part of H Street.

The "little league end" used to be a place where rowdy teens would go to smash broken appliances and participate in other forms of juvenile delinquency. However, the street has received a "makeover" of sorts in recent years, and now features a greenbelt complete with benches and shrubberies.

Davis Nursery, a retail nursery owned by the Basinger family, was on H Street for more than 40 years.

H Street was once known as Woodland Street.