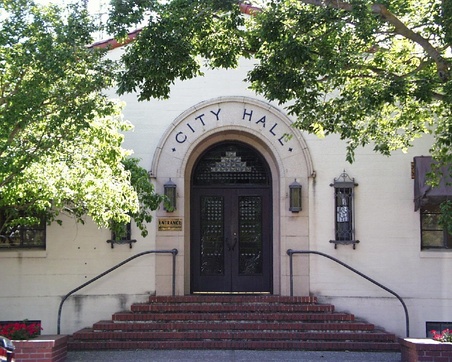 Historic City Hall, often called Old City Hall, was built in 1938 on the plot where the turn-of-the century home of William Marden had stood. Located at 226 F Street, it has served as City Hall, a fire station, a police station (1971-early 2000s), and, until 2012, part of a restaurant (the Bistro 33 banquet room). The building is now home to Bistro 33 Tavern. The building was designed in the Spanish Colonial Revival Style by architect P. L. Dragon. When it was dedicated on August 31, 1938, much mention was made about the special case inside that held the Jerome Davis Trophy.

The Eastman's Originals Collection at Shields Library has some photos of Historic City Hall and other historic buildings in Davis. To learn more about Davis history, visit the historic places, town history, and Davis timeline pages. 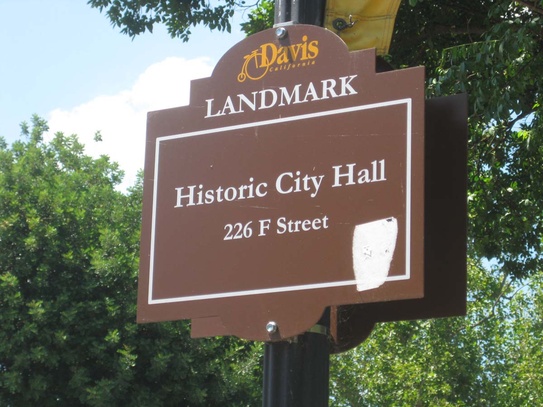 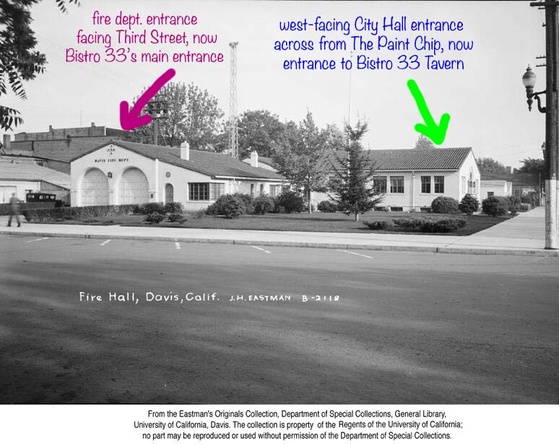