There are 223 historic properties in and around the city of Davis as identified in the Historic Property Data File Historic Resources Inventory (HRI), maintained by the State Office of Historic Preservation; this includes properties that are listed in the National Register. Some of these buildings can be seen on the Davis Historic Bike Tour, and the Davis Historical Society is an excellent information resource. For Historic Resources in Davis, see City of Davis Cultural Resources. For the city's three traditional (historic) neighborhoods see Neighborhood Associations.

Please be sure to read our Town History to see how these properties figure into local lore, why some of the names you see around town appear so frequently, and to learn about some of our more recent history.

Also, please take a look at the oldest surviving buildings, some of which are not listed in this entry.

In 1850, Joseph B. Chiles acquired roughly 4,200 acres of the Rancho Laguna de Santo Calle Mexican land grant and later divided the land between his sons-in-law, Jerome C. Davis and Gabriel Brown. Large agricultural production ranches developed over the next decade, and our young farming community came to be called Putah Township by the 1860s. When the California Pacific Railroad came to town and established Davisville as a new township by 1871, the area became a legitimate agricultural center. In 1907, the University State Farm was established, and the character of the Davisville was forever changed as it embarked upon the road that would mark it by 1959 as a university town surrounding UC Davis.

The City of Davis has four classes of historic cultural resource designation that recognize the local historic importance of buildings, areas and trees:

Landmark is the highest local designation for a site or structure, usually one also eligible or actually listed on the national or state register

Merit Resource is the next level

Contributing means a structure would contribute to a potentially designated Historic District or neighborhood (Davis has 4 such districts, identified in historic resource surveys, but none have actually become designated districts so far.) 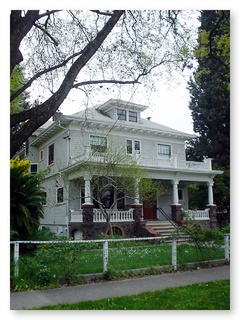 Other Places of Historic Interest 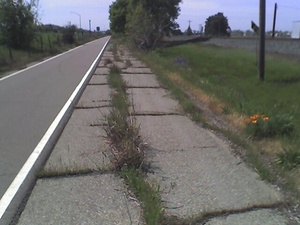 Please add stuff. It doesn't have to be official.

2011-01-24 17:02:03   Does anyone know the story behind that run-down looking brick building between Arlington Farms and Russell? I see it every once in a while and think "I wonder what that is/was" but always forget by the time I get to a computer. —JoePomidor