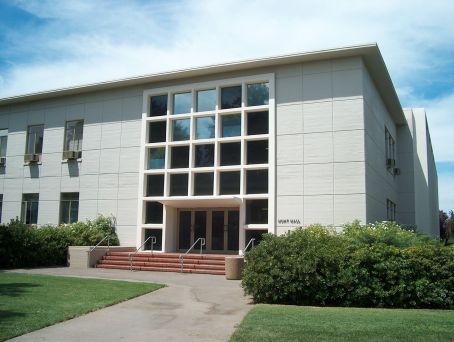 Hunt Hall is extremely notable for being the first real building you see on your right if you enter campus from the north and is named for Thomas F. Hunt. It's also pretty much the last building you see on your left if you find yourself marching north from the MU. It was built in 1949 as the plant sciences building. In his Humanities 1 lecture, English professor Jack Hicks is eager to point out that Hunt Hall is the only building on campus that can't be retrofitted. Ironically, many classes on geology and plate tectonics are given in Hunt 100. 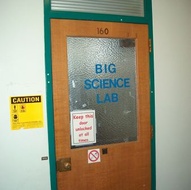 Hunt Hall is probably home to a lot of valuable faculty who do important research, prominently in the field of Big Science.

Hunt Hall is also due for some sort of renovation, or so says the large sign that faces the MU bus terminal.

Hunt Hall is going to be the new home of the Landscape Architecture program. The expected move in date is early to mid-December 2008 with the first classes starting in January 2009. New facilities include six design studios and various specialty rooms. The U-shaped Hunt Hall encloses the Parsons Seed Certification Center on three sides.