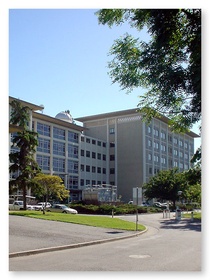 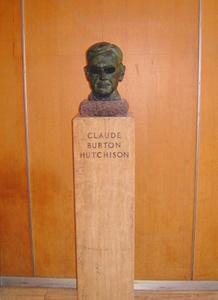 C.B. Hutch chillin' in his lobby. Hutchison Hall is connected to Storer Hall off of California Avenue on campus and is named for Claude B. Hutchison. Hutchison Hall houses the introductory microbiology labs along with labs on the upper levels. It is also home to the Plant Pathology and Nematology departments. There are a few classrooms near the front. The basement has three public computer labs, the Dna Sequencing lab, the Mediaworks video group edit/duplication facility, and the Molecular Structure Facility. The roof is home to the UC Davis Observatory which was built when Hutchison was the UC Davis Physics Building. The lobby on the east side of the building smells like horses.