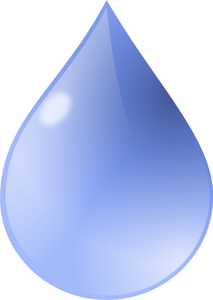 The Hydrology program is an important one in California, seeing that the history of California is tied as closely to water as it is to gold. The program began in 1900 and was involved in the formation of water rights legislation in California.

Hydrology is a part of the Department of Land, Air, and Water Resources. The program offers a major and two minors (Hydrology and Watershed Science), and awards Masters and PhD degrees to students in the graduate group. Poke around Veihmeyer Hall to see what a hydrology major looks like.

Professor Greg Pasternack is the current master adviser for the undergraduate program. He also teaches two of the upper division core courses in addition to serving as the faculty adviser for UC Davis’ student chapter of Environmental & Water Resources Institute (in which the student president, Jason Emmons, is a hydrology major).

Hydrology used to be one of the smallest majors on campus, population-wise. Most people aren’t even aware of the major; this tends to be more of a problem during career fairs, where the only ones who won’t look at you funny are the guys from the Water Board, the Dept. of Water Resources, and the Army Corps of Engineers. The population has grown considerably since the time this editor changed into the major, from seventeen to around thirty students across all class standings. (Numbers are approximate because some folks still have not officially filed their change-of-major petitions.)

On the bright side, class sizes are tiny.

10. Water, Power, Society (Spring) — Cross-listed as SAS 10. The only lower division course offered during the regular quarters. The entire course is structured around Marc Reisner’s Cadillac Desert; on one occasion Prof. Fogg himself suggested that “Cadillac Desert” is a more appropriate course title). The class consists largely of a handful of managerial economics majors fulfilling their agricultural requirement and a huge bunch of freshman/sophomores fulfilling their GE requirement (Wri + SciEng or SocSci). Prior to Fall 2008, this was a required course for the majors, but has been dropped in favor of PHY 9C.

103N. Fluid Mechanics Fundamentals (Winter) — Cross-listed as EBS 103. The N in 103N stands for nightmare, because apparently that’s what this is to the majority of the class. The course will push your confidence (or lack thereof) in calculus to the max. If you didn’t pay attention in vector analysis (MAT 21D), you better be doing some extra reading, otherwise you won't be able to keep up with the lecture. Be prepared to be best friends with the Navier–Stokes equation. On the bright side, the instructor is none other than Prof. Wallender, the anthropomorphic embodiment of enthusiasm. Attend and stay awake in all the lectures, and this course alone will justify all the registration fees for the quarter.

141. Physical Hydrology (Fall) — It is a mystery why this course is numbered 141 instead of 100 or 101, seeing how this is the “gateway” course to the rest of the upper division courses. In this course, Prof. Puente introduces you to the underlying physics and mathematics behind hydrologic phenomena. He’ll also teach you a bit about life in the process, so pay attention.

142. Systems Hydrology (Winter) — Hydrology from a statistics/probability perspective, also taught by Prof. Puente. The first couple of weeks is an intense full-blown review on statistics and probability, which sounds like a waste of time but the reality is that even if you’ve already had a course in statistics (e.g. ECI 114), you will still learn a ton of new stuff.