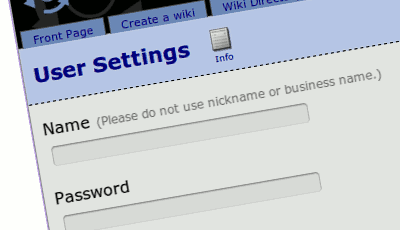 If you missed it, when you signed up, it asked you not to use a nickname or business name. A wiki is a community of editors working together, and it is hard to empathize and work with somebody who is one person online and another person in 'real' life. Treat people online as if they were real — because they are!

People say that On the Internet, nobody knows you're a dog, but DavisWiki is different because its mostly about things offline in Davis. Offline identities for users here are very common and conventional because many people already know each other offline and it can be unfair to talk about real things and people in Davis, while actually being in Davis, without using our real names.

Besides your offline identity, contributing to the wiki forms an online identity which is a combination of:

When you choose not to use your offline identity, you make the choice not to be known. That's fine; that's your prerogative! But in so doing, your first statement to everyone here is that you aren't willing to engage on a personal level or to stand behind your words. You create a hurdle that you're going to need to overcome if you want your input to carry the same weight as those of an editor with an established identity.

Unfortunately, the wiki gets its fair share of sockpuppets, vandals, and whitewashers. In order to maintain the integrity of information on the wiki, many editors are on the lookout for such shady edits. And therein lies the catch. Without any sort of identity your comments carry very little weight and your edits may be interpreted by other editors as vandalism and removed. The more you participate in the wiki, the stronger your identity will become, for better or for worse. Since we don't know who you are, it is important to establish a positive identity. This gives you an enhanced reputation with other Wiki users, and builds trust in what you post. This is true regardless of your username, but it is particularly important if you choose to remain anonymous. 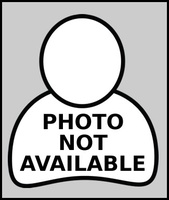 Do you trust faceless changes with an unknown origin? Other people will naturally not trust yours, if you don't establish an identity.

Also note that as of January 1, 2011, California has imposed new civil and criminal penalties for impersonating someone online. It is a criminal act to impersonate another online without their consent "for purposes of harming, intimidating, threatening, or defrauding" anyone—not just the person being impersonated. Doing so is punishable by a $1,000 fine and up to a year in jail. You can also be sued for any harm you cause in the course of the impersonation. In short, make sure the identity you establish here is your own.