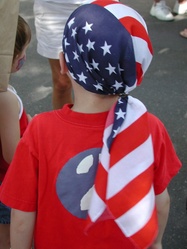 Every 4th of July is when Independence Day is celebrated. It is the founding date of the United States of America (or at least when the founding was announced (Or at least when it was approved by congress.)) and thus Davis holds a fair number of festivities on that day: