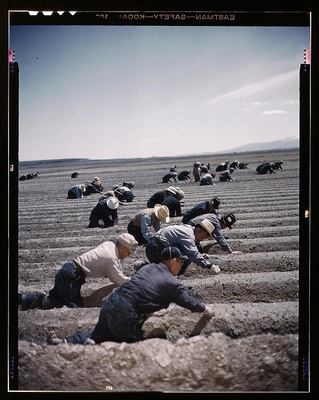 The Davis City Council unanimously approved in 1943 a resolution stating that American citizens of Japanese descent should be rounded up and sent to the Tule Lake Internment Camp. The council, led by then Mayor Covell, also decreed that those "Japs," as they were often referred to in the day, should not be let back into Davis after the war was over. However, Councilmember Ben A Madson successfully argued in favor of their return, suggesting that Japanese-Americans were every bit as American as anyone else. The thousand-plus imprisoned Japanese Americans were not released until September 7, 1945.

In 2005, the council named Fred T. Korematsu Elementary School after Fred T. Korematsu, a Japanese man who was instrumental in fighting the World War II Japanese internment and playing a part in the redress movement.

In 2009, students of the UC system who had been interned during their studies were conferred special honorary degrees, sometimes posthumously. Read more about them on the diplomas entry.