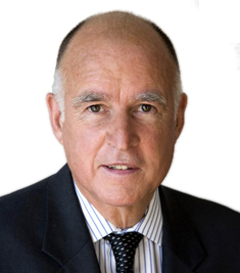 Jerry Brown, aka Governor Moonbeam, was the youngest and is the oldest governor of the State of California. He was elected governor in 1974, reelected in 1978, and after 28 years, ran against Meg Whitman, defeating her in 2010 to become governor-elect. He was sworn in on January 3rd, 2011. One of the three 2010 governor debates was held at the Mondavi Center, the Whitman Brown Debate. During the day of the debate, 72 year old Brown ran laps at the ARC. 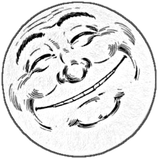 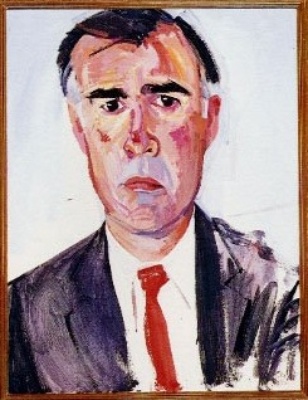 The official portrait of Jerry Brown, as hangs in the state capitol

Son of the 32nd Governor of California, Pat Brown, Jerry's terms were that of a fiscal conservative who cut state costs and increased the state's surplus significantly from Governor Reagan's preceding terms. He would use the cost cutting measures to fund the arts and early environmental initiatives. He was opposed to the death penalty.

Among his many proposals was that California take a part in the (at that time, booming) space era. He supported the creation of a California space academy and the launch of a communications satellite for use by the state. This resulted in the nickname "Governor Moonbeam".

The Dead Kennedys wrote one of their early songs, California Über Alles, about their view of Jerry Brown as a fascist liberal. They later released updated versions for President Reagan and Governor Schwarzenegger.