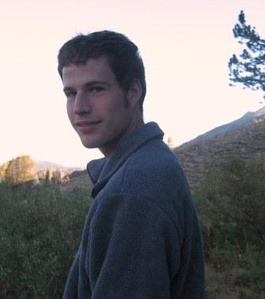 Joe Chatham is a former President of the Associated Students of the University of California, Davis . He was elected in the Winter 2009 ASUCD Election with running-mate Chris Dietrich. He previously served as a member of the ASUCD Senate from Fall 2007-Fall 2008, winning his office in the Fall 2007 ASUCD Election running as an Independent.

Joe is a third year International Relations major at University of California, Davis. He enjoys snowboarding, backpacking, soccer, partying and mountain biking. He was born in the small town of Occidental which is in Sonoma County west of Santa Rosa. His career interests are in international community development and sustainable energy. After graduating from UCD he plans to attend the University of Shanghai, China where he will start his MBA. In 2005 Joe developed a highly successful organization called Students Without Borders which raised over $7000 in three months to rebuild a school in Thailand that had been devastated by the Tsunami that swept South East Asia earlier that year. Joe is currently a member of the Integrated Studies Honors Program and the Davis Honors Challenge.

My name is Joe Chatham and I am your Independent Candidate for ASUCD President with Chris Dietrich as my Vice-President. We are running because we believe Student Government is capable of making far more positive change in student lives than it has under years of “slate” control and we have a plan to do it. ASUCD is a big organization. It is the largest student employer on campus, it has a $10m annual budget, which includes units such as Unitrans, The Coffee House and the Bike Barn, it funds student projects and helps promote campus community and school spirit. Student Government is also is the voice of UC Davis undergraduates to the Administration, the Davis City Council and the State Capital. Yet most students don’t know what ASUCD is, how it operates, who runs it, or how to connect to the many resources it has to offer. This needs to change.

If Chris and I are elected, we will bring this student government to you. We will connect the student body with the opportunities and resources that we all pay $42 per quarter for ASUCD to provide. We will make sure that the student voice is heard at every possible opportunity in Mrak Hall, in the Davis City Council, and at the State Capital. We will strive to make UC Davis more sustainable and a national leader in the battle against global warming. We will fight for campus wide wireless internet, more bike parking, better entertainment and a strong connection between the student body and student government.

So vote Joe, vote Chris, and vote for your independent candidates to bring ASUCD back to the students of UC Davis. Upgrade to ASUCD 2.0 today.

Joe and Chris are both experienced ASUCD Senators and have successfully accomplished many projects including, wireless internet in Wellman Hall, getting The Green Initiative Fund on the ballot for students to vote on, connecting students to ASUCD with a box on undergraduate MyUCDavis homepages, establishing testing material vending machines and much more. For more detail on our platform and qualifications please visit http://www.votejoechris.com

CAMPUS SUSTAINABILITY - Give students the power to fund their sustainable ideas - Vote yes on The Green Initiative Fund (TGIF) to build a culture of sustainability - Prioritize solar, wind and other alternative energy on campus. - Make UCD a national leader in sustainability.

CAMPUS COMMUNITY - Work with the Entertainment Council to bring cheaper and bigger concerts to campus through external promoters. - ASUCD sponsored community BBQs in spring quarter to bring students together and liven up the campus. - Establish a student health worker program to bring more counseling options to UC Davis Students. - Foster and promote greater collaboration between ASUCD and Aggie Pack.

My name is Joe Chatham and I am running for the Senate on November 14-15, 2007 as an INDEPENDENT. My 3 reasons for running for senate are simple.

FIRST, I am disillusioned with the lack of student involvement with student government and I want to change it. The ASUCD is one of the most important institutions in the University. It employs over 1300 students, more than any other department on campus. It runs Unitrans, the Experimental College and the Bike Barn and it puts on Picnic Day as well as most other on campus events. MOST UCD STUDENTS DON'T KNOW WHEN ELECTIONS ARE. We don't know where to vote. We don't know who is running. We don't know about the political parties. We don't really know what the ASUCD even does. THIS IS NOT THE STUDENTS FAULT. It is the ASUCD's fault for not finding ways to effectively inform students. When I am a Senator, I will fight for a box on MyUCDavis and a tab on UC Davis Smartsite that informs students of what their government is doing. You will be able to answer surveys and opinion polls so that the student body knows what the Senate is doing the Senate knows what the student body wants. Student involvement is essential to a healthy student government and we need it now.

SECOND, UC Davis is a cutting edge research institution and a first class university. However, as many of you know, we we are often seen as just another UC. When I am a Senator I will fight for a substantial alternative energy program that will put UC Davis on FRONT LINE News and get us the LONG TERM RECOGNITION WE DESERVE. When I am a Senator I will work with school officials to institute a program that mandates 100% of the University's electricity come from sustainable energy sources within the next decade. This can be done folks, the University is an institution with both the resources and the incentives to accomplish 100% sustainable energy. Not only will this gain us national recognition and make our degrees more valuable, it will cut electricity costs saving the University money over the long run. This program will be something we can be proud of. It is inevitable that the world will eventually need to switch to sustainable energy. I want University of California AT DAVIS to lead the way.

And FINALLY, we need CAMPUS WIDE WIRELESS INTERNET and MORE COMPUTER LABS. It is absolutely ridiculous we don't have wireless internet everywhere considering the size and funds of our establishment. Also we need more public computer labs across campus.

In addition to my main three points I want to get COVERED BIKE PARKING for the large buildings and lecture halls so that when it is raining people don't have to subject their bicycles to rust and corrosion. I also support increasing the funding for Unitrans so that there will be more buses on high impact routes and routes that are frequently late.

I am also very open to feed back and suggestions. If there is something you want to see added, subtracted, or modified on campus I urge you to contact me, I am the students candidate and I am not constricted to party lines or standards. Thank you for your time and don't forget to vote on NOVEMBER 14 or 15 on myucdavis or in the MU voting booths.

The University had a fund for putting up wireless access points around campus. In the past the administration worked with ASUCD to put these access points up; former Senator Adam Barr, Donald Cohen-Cutler, and former ASUCD President Darnell Holloway worked extensively on putting these points up. I am not sure if the fund ran out of money, but you should check with the IT folk to see if it still exists. Another issue is the strength of the signal. One of the points put up in the past few years, is the quad. I could always get reception there on my laptop, but it was not that great. If the fund has run out, I know there are federal and private grant programs that may provide money. Computer labs may be more difficult, as fund may not be readily available, although there may be private grants out there.

For your energy idea, UCD two years ago opened the first Energy Efficiency center in the world. UCD has also has a very interesting trash to energy project that is also on the cutting edge of alternative fuels. I think for UCD to be mandated 100% sustainable the UC Regents may have to take action. The funding for these programs will have to come from the federal government or from the private sector. Recently BP gave out a huge grant to research alternative fuel sources...I believe Berkeley got it.

Covered biking maybe as simple as an administration-ASUCD co-sponsorship. Bike covers could come out of ASUCD reserves and I'm sure the administration has some money to throw around from improvements like bike covers.

Unitrans just received a boost in money from the fee increase that was passed last Winter. For route changes or late busses, Geoff Straw the director of Unitrans is the person to talk to.

Promoting elections for ASUCD has always been difficult. The administration has always made it hard to put stuff up on the myucdavis page, but they are not against it. ASUCD also does not spend a lot of money publicizing elections, and in fact the money for the elections committee to spend has decreased over the years. It's a perennial problem that definitely needs to be addressed. However, even at UC's where they spend a lot of time and money on prom0ting elections, the voter turnout never really gets higher than 30%. The Unitrans fee increase brought out a close to 25% turnout last winter. -JamesSchwab

2007-10-18 00:01:47   When I was a senator we paid 10 grand to expand wireless into the quad. Darnell also quietly worked to expand it into Olson and Wellman. Most buildings with lecture halls also have department headquarters but those two buildings are exclusively lecture halls so the rationale was that the students should pay for it. But for the most part wireless (and covered bike parking) are infrastructure issues that should be paid for predominately by the administration. As an ASUCD it is your job to lobby the powers that be to pay for it and not just dip into the ASUCD reserves for everything. It is going to be tough running as an independent. You have to chalk every morning and come up with some clever marketing. Get some large organizations to support you. Good luck, Joe. —RobRoy

It may be confusing but it's not really unnecessarily confusing. Choice voting is pretty awesome, sure it's not as easy as picking one person but you can pick someone you want instead of picking the person you only kinda want. Just think about how much it would help people feel less inclined to vote for the major parties.

Anyway, you sound like a real go-getter and I wouldn't have a problem seeing you as one of the 12 senators.

...After seeing Joe fight the evils of soft money I decided I'm voting for him, you should too.