Joe Finkel was born in Davis and came to be a part of the music scene as a KDVS DJ and in bands like the Playboy Millionaires. He lived at the Pirate Ship and worked at Ink Monkey Graphics. He consorted with the likes of Rob Roy, Brendan Boyle, Andy Pastalaniec, and Steve Valentino. He now lives in San Francisco. 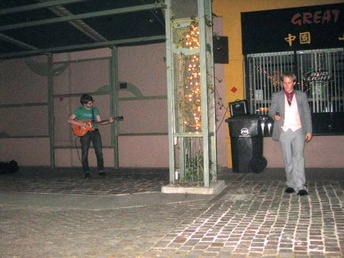 Circa 2009: Joe playing his guitar impromptu for Rob Roy in E Street Plaza, next to Great Wall of China II. 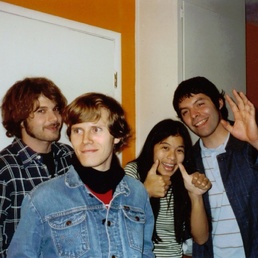 Joe playing solo at the KDVS Is My Life House aka the C*nt Factory on Cypress Lane in Davis.