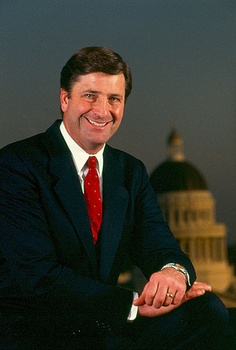 John Garamendi joined the U.S. House of Representatives on November 5, 2009. He ran for re-election in the November 2012 Presidential Election in the newly re-formed 3rd district and won. Thus, if you're registered to vote in Davis, Garamendi will be your local congressional representative as of January 3, 2013. He is a member of the Democratic Party.

Prior to redistricting, Davis was part of the 1st district. Given that there are more Republicans in this new district than were in the old, Garmendi's fight against Kim Vann was expected to be close and the race garnered national attention. Former President Bill Clinton spoke at a October 9 rally at UC Davis in support of Garamendi and three other Northern California Democrats in close Congressional races. However, Garamendi beat Vann handily, 53.7% to 46.3%.

In the halls of Congress and throughout his career, Congressman Garamendi has been a fierce advocate for students and teachers, believing that America's prosperity depends on a well-educated workforce. Garamendi has consistently spoken out against destructive cuts to all levels of education. Garamendi understands that laying off teachers means less individual attention to students, larger class sizes, more students dropping out of school, and ultimately a less competitive workforce.

In his first years in office, Congressman John Garamendi has been a recognized leader for the environment in Congress, someone willing to take on the entrenched interests that threaten our economy, national security, and treasured national wonders for short term greed. It's a reputation Garamendi has carried with him after decades of public service. As a California state legislator, he authored the first alternative energy tax credit in the nation and helped save Lake Tahoe.

One of Congressman Garamendi's first acts in Congress was to pass the Patient's Bill of Rights, sweeping legislation that makes significant progress in preventing the insurance companies from exploiting consumers and greatly expands health care access and services.

Since entering Congress November of 2009, Congressman Garamendi has been a leader in promoting policies that create jobs in Northern California and throughout the country. Garamendi understands that it is the responsibility of Congress to invest in transportation, clean technology, education, and research while also extending tax relief for hard working middle class families.

Congressman Garamendi believes that America’s moral authority as the world’s leader of free nations rests on a devotion to human rights and individual liberty for all citizens of all nations.

Congressman John Garamendi believes every American deserves the right to retire with dignity. He is resolutely opposed to all efforts to privatize Social Security, dismantle Medicare, and defund Medicaid/MediCal (despite phone calls that some Davisites have received suggesting otherwise).

Congressman Garamendi believes that in America, everyone who works hard and plays by the rules deserves to pursue their American dream — that we must have equal opportunity for all, do what we can to end discrimination, and remove barriers to opportunity.

Congestion on roads and railways plagues communities throughout Northern California, delaying commuters, wasting time and fuel, and adding to air and atmospheric pollution. Congressman Garamendi is an avid believer in investments in transportation infrastructure, creating good jobs for our neighbors and leaving lasting improvements that will help businesses throughout Northern California. We only get 92 cents back for every gas tax dollar we send to Washington, and Garamendi is fighting for a fairer share.

Congressman Garamendi believes that the United States has a moral and strategic interest in a strong, secure and viable Israel.

Congressman Garamendi believes that those who have put service to our nation above all else deserve our respect, our thanks and our assurance that the doors to the future will be open to them. We must demand that education, job training, healthcare, and housing be readily available to these heroes. California is at a critical juncture, and the investments we make now in educating our people are key to our collective success in the years to come. Those returning to California from service in Iraq and Afghanistan have much to give our state, and our state has much to gain from educating them.

2018-06-16 23:16:21   Please get the immigrant children out of detention. Our country is losing it's reputation as a humane country. I grew up on the border with Baja California and many of my friends were of hispanic decent. The treatment of these families is abhorrent. Rally your members to do the humane thing for these innocent children and their families. We need leaders to follow the law but this is not the intended goal as I understand it. Thank you, Frankye Knudsen —Frankye