You're invited to the Davis Juneteenth Celebration! Join us in commemorating 150 years of freedom for ALL through the Emancipation Proclamation! Juneteenth is a free, family-friendly celebration taking place at the Veterans Memorial Center in Davis on Saturday, June 22, 2013 from 1pm to 5pm.

This festivity celebrates family, freedom, and the diversity of our community. Featured entertainment at our Juneteenth event will include jazz musicians, vocalists, tributes to local leaders, educational exhibits, and a “Hats Off to the Ancestors” Hat Extravaganza Fashion Show. In addition to a potluck, there will be several food vendors to satisfy your taste buds. There will also be product vendors to showcase a variety of goods.

Davis Juneteenth gives us ALL the opportunity to commemorate this critical milestone in our history. For more information contact Sandy Holman at (530) 902-4534 or Jay Johnstone at (530) 757-5595. 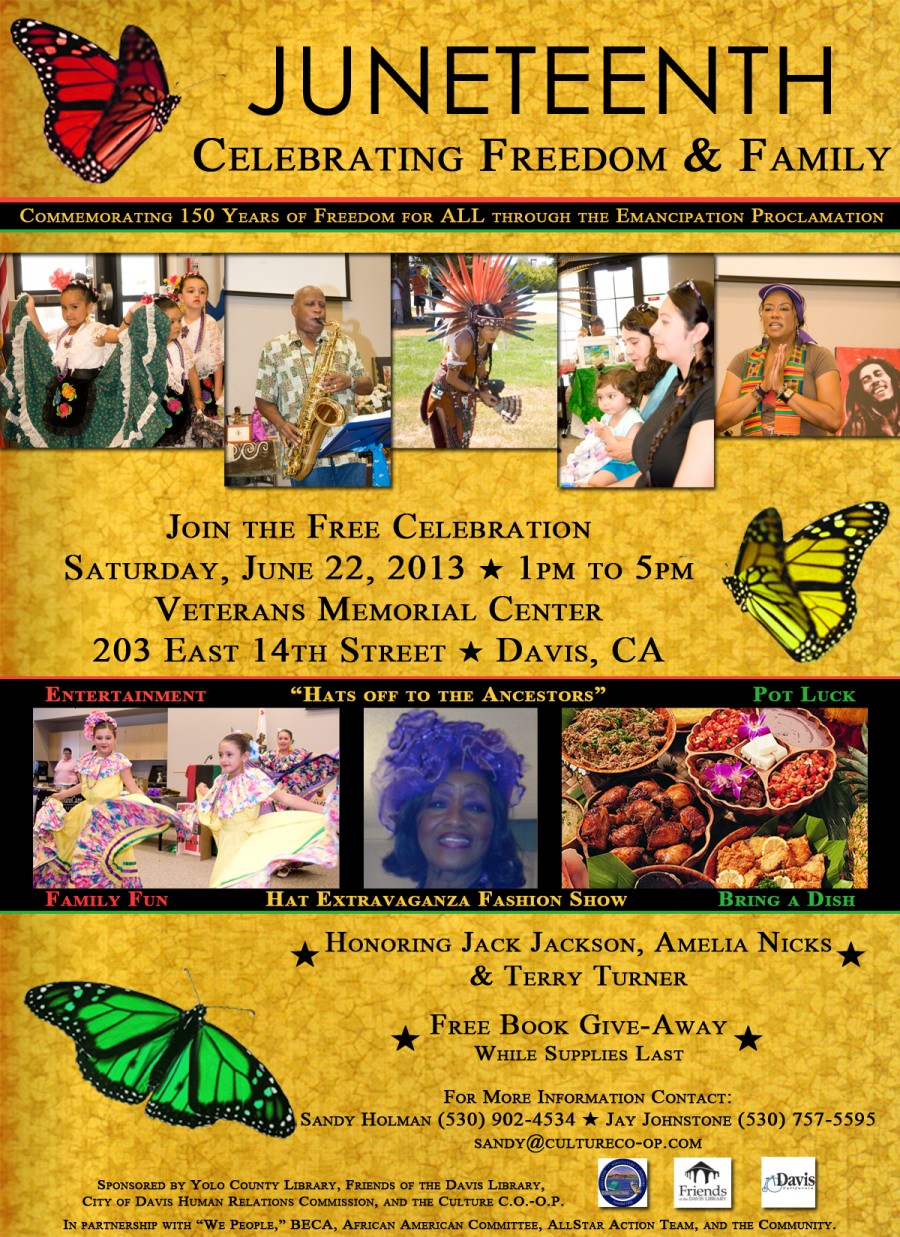 Juneteenth is the oldest celebration that commemorates the end of slavery in the United States. The history of this holiday is particularly interesting due to the fact that it took more than two years for news of Lincoln's Emancipation Proclamation to reach those enslaved in Texas. There has been much speculation over the centuries about what caused this delay, with different stories being handed down from generation to generation. One version of the story is that the messenger was murdered on his way to deliver the news. Another is that slave owners deliberately withheld the information from their slaves to continue to profit from their work. Yet another version of the story says that the federal troops actually waited for slave owners to finish the cotton-picking season before traveling to Texas with the news. Regardless of the cause, the slaves in Texas were still forced to work years after they should have been freed.

Juneteenth celebrations have grown over time, with revered associations like the Smithsonian Institution sponsoring their own Juneteenth-related activities. In modern times, Juneteenth is seen not only as a commemoration of freedom from slavery, but also as a celebration of continued societal progress and respect for all cultures and people.

Its core message of freedom for all continues to live on with the annual celebration of this historic day in United States history.

Please join us at our own Juneteenth community celebration in Davis on Saturday, June 22, 2013! 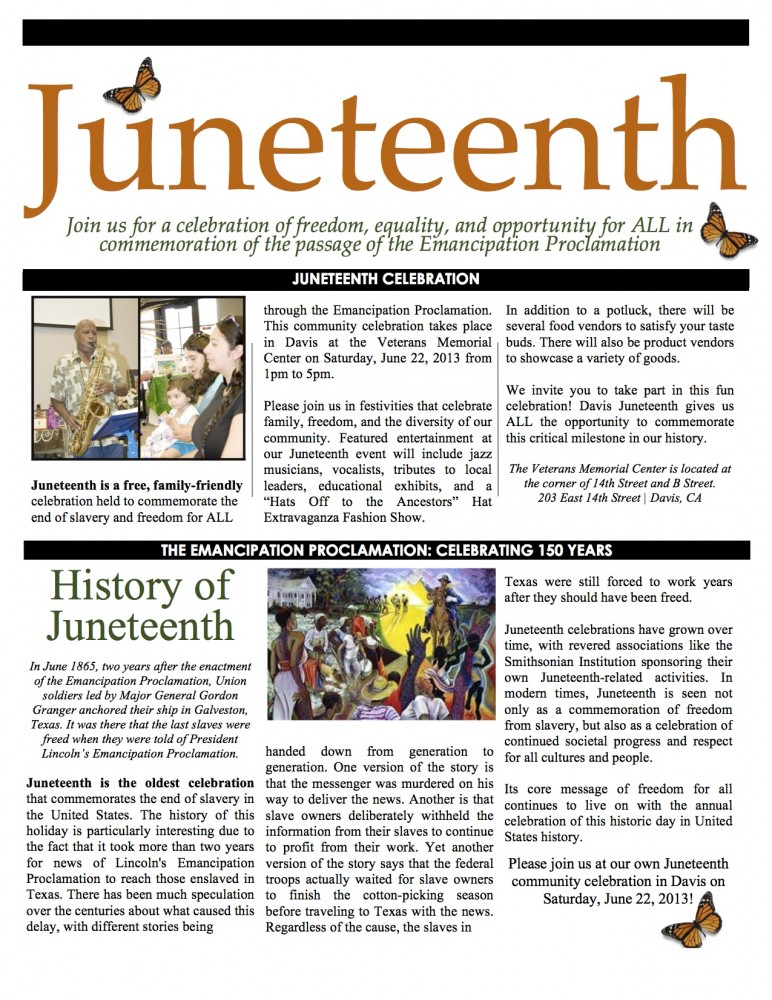 For additional information, please visit our website at: http://www.davislibraryfriends.org/juneteenth-celebration.html