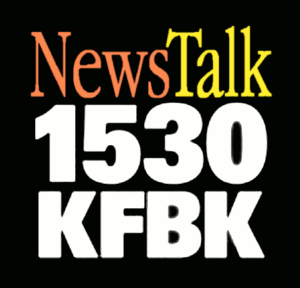 KFBK is the local conservative talk radio station owned by ClearChannel. KSTE is their somewhat less political sister station. They tend to stay on the classic, financial conservative side of things rather than the neo-con side, and as a result many of their shows have a strong focus on the local business and industry of Sacramento and Northern California.

9am to Noon - Rush Limbaugh

The famous (or infamous) political commentator got his start in talk radio in Sacramento in 1984 and as a result often references the local area on his national show. A catchphrase of his is "For those of you in Rio Linda, let me explain..." (Rio Linda is a poor suburb of Sacramento with a reputation for being populated with ignorant rednecks). He also often references "The Sullivan Group" as a source for fictional statistics, referring to the Sacramento based financial group run by Tom Sullivan (see below). Thrives on controversy and a reputation as the public relations arm of the "conservative movement".

Tom Sullivan is worth mentioning simply because he is one of the core driving forces in Sacramento, the nearest city to Davis. He is technically a financial consultant, but seems to pop up in the news all the time in relation to various development projects and proposed laws. He seems to support a strong downtown, which means plenty of music venues. He also leads many of the charity drives in the greater Sacramento area.

Tom Sullivan and Rush Limbaugh were both on KFBK in the mid 80s, and Rush looked to him as somewhat a mentor. Tom Sullivan guest hosts Rush Limbaugh's show from time to time, although he does not consider himself to be socially conservative and as a result tends to stick to financial and foreign politics.

In October 2007, Tom Sullivan was one of the founding anchors at the new FOX Business Network. He now broadcasts local California issues out of his new studio in New York.

No longer on the air - Mark Williams

Mark Williams was a self proclaimed conservative talk host who often winds up far more libertarian than that title might suggest. He supports gay rights, stating that a true conservative believes that the government should leave people's bedrooms alone. He is very active in raising funds for pet shelters and adoption efforts. His dog, "Casey the pound dog" often appears when he shows up to protest Arnold Schwarzenegger (whom he dislikes). Often organizes protests near the state capitol.

Most of the rest of the schedule is made up of various lesser known conservative talk show hosts, both local and national. Both KSTE and KFBK have been removing national shows and doing more local shows (sometimes syndicated with local television and other radio stations). They built a large studio near Cal Expo to support their new shows.

KFBK also funds two traffic spotter planes which are part of the CHP network of traffic reporters. They range from Davis to Placerville and are both in the air during rush hours.

KFBK is the only FCC licensed Franklin tower installation. This is a very unique and powerful form of transmitter and gives the station a much greater broadcast radius than its already powerful 50k setup would normally allow. The broadcast license for KFBK was issued on 2-2-22 (Feburary 2nd, 1922), and they still have a engineer's shack that at one time fabricated metal parts to keep the station running.

KFBK originated under the same umbrella as the Kimball-Upson Music Store, Sacramento Union and later the Sacramento Bee. During those early days an artist was comissioned to create a logo for the Bee which was used on various parts of the station and as a station logo. The artist was Walt Disney, and the "Mickey Phone", a decorated megaphone, is mentioned every so often by the hosts.