Kappa Alpha Theta is one of the eight Panhellenic sororities on the UC Davis campus. If you're interested in joining a sorority at UCD, then you can check out the Panhellenic's website at http://www.ucdpanhellenic.org/index.html. Once you go Theta, you'll never go back!

Yesterday, today, and tomorrow, Kappa Alpha Theta exists to nurture each member throughout her college and alumnae experience and to offer a lifelong opportunity for social, intellectual, and moral growth as she meets the higher and broader demands of mature life.

Bettie Locke was one of the first women admitted to Asbury in 1867, and she believed that uniting with other female students in pursuit of similar goals would greatly enrich their college experience. She was familiar with the fraternity lifestyle, as her father was a member of Beta Theta Pi and her brother of Phi Gamma Delta. Impressed with the fraternity ideals, Bettie searched for a women's counterpart. Finding none, she shared her vision with Alice Allen, Bettie Tipton, and Hannah Fitch, and the four of them together founded Kappa Alpha Theta. Together, they wrote a constitution, planned ceremonies, designed a badge, and sought other women on campus worthy of membership. These four pioneering women initiated themselves on January 27, 1870, becoming the first Greek-letter fraternity known among women.

The founders proudly wore their black and gold badges to Asbury's chapel service on March 14. The Alpha Chapter at Asbury quickly grew to 22 sisters. Later that year, Kappa Alpha Theta expanded past Asbury, as they established a Beta chapter at Indiana University. In the more than 130 years since, Kappa Alpha Theta has grown to 123 chapters all across the United States and Canada. The number of total initiated members is more than 170,000. The strong friendships within chapters and across the continent are what hold the fraternity together.

“We had to make a place for all who would follow.”

The Theta House is the largest sorority house on campus, located across the street from the ARC Theta was established at UC Davis in 1992 as the Zeta Nu chapter. The Zeta Nu chapter has over one hundred active sisters. The physical house, housing 33 members, is the largest sorority house on campus and across the street from the ARC, and down the street from the Rec Pool and new football stadium. Theta's large house, in addition to housing live-in members, facilitates many of Theta's sisterhood events, philanthropy events, and serves as a favorite hang out/study spot for all of Theta's members. The house's proximity to campus make it a perfect location for sisters to gather before going to on campus events, gym classes at the ARC, or grabbing a bite to eat. The house's size also make it a prime location for sister-movie-marathons.

Zeta Nu prides itself on having a diverse group of girls. If Thetas aren't studying they can be seen working in the CoHo, driving Unitrans buses, playing intramural club sports, among many other activities. Kappa Alpha Theta was founded on the ideals of social, intellectual, and moral growth, which the Zeta Nu chapter strives to embody. 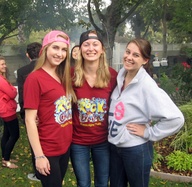 CASAs are trained community volunteers appointed by a judge to speak up for abused and neglected children in court. With the information provided by CASA volunteers, judges are able to make informed decisions as to what is best for the child - foster care, reunification, or adoption, and in a more timely fashion, so these children still have a chance at childhood.

Rock Our CASA is Theta's annual Fall back yard concert centered around music, food, and fun. In the past Theta has featured local musical acts such as The Safe Boiz, The Dirt Feelin, Walking Spanish, and UC Davis' all female acapella group The Spokes. The event is catered by local resturants such as Tommy J's.

In addition to raising money for CASA, Thetas regularly participate in local community service events sponsored by students groups along with actively participating in other Greek philanthropy events.

In Spring 2012 Theta participated in Relay for Life and raised more money than any other team. 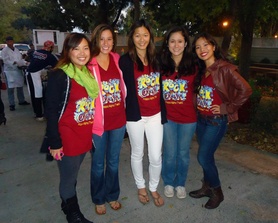 Thetas rocking out at Rock Our CASA 2012 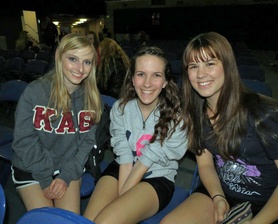 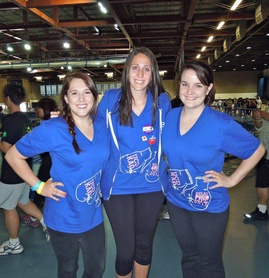 Thetas at Relay for Life 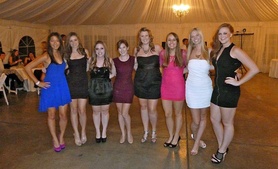 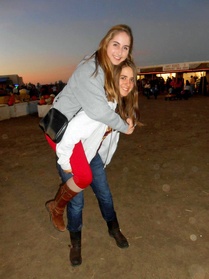 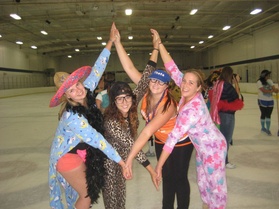 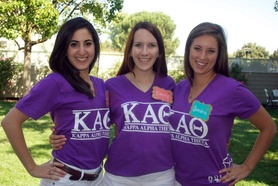